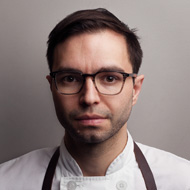 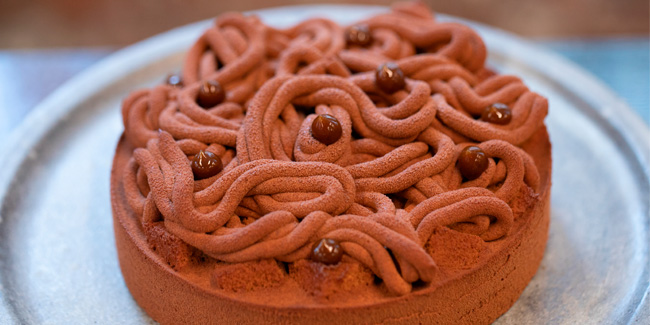 The popular chef has returned to l'École Valrhona Brooklyn to give a practical course on plated desserts, cakes, and petits gateaux. 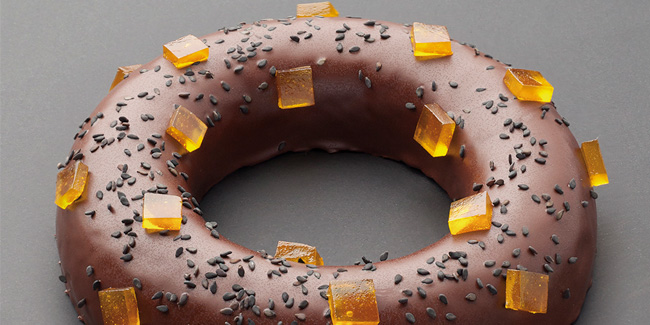 Moist, glazed with dark chocolate and with small cubes of fruit pâte as a garnish. This is the financier that can be tasted at Patrice Pâtissier. 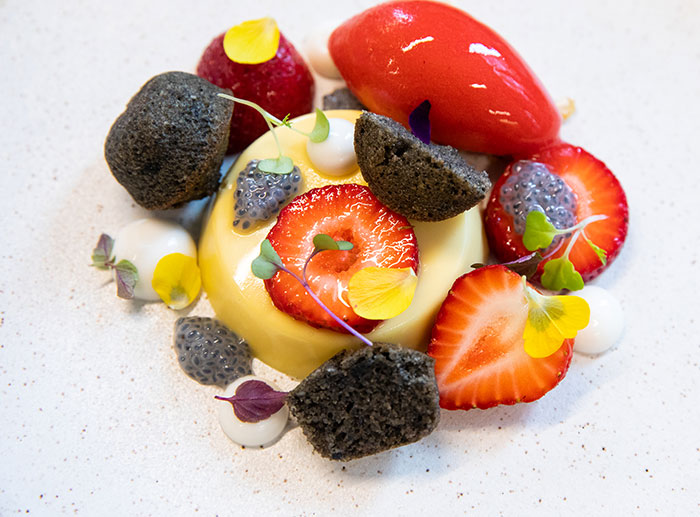 The chef visited L'École Valrhona Brooklyn a second year and has surprised with this dessert of vibrant flavors that he produces in his famous pastry shop in Montreal.

The complete recipe of one of the cakes that the acclaimed Canadian chef makes in his pastry shop Patrice Pâtissier. 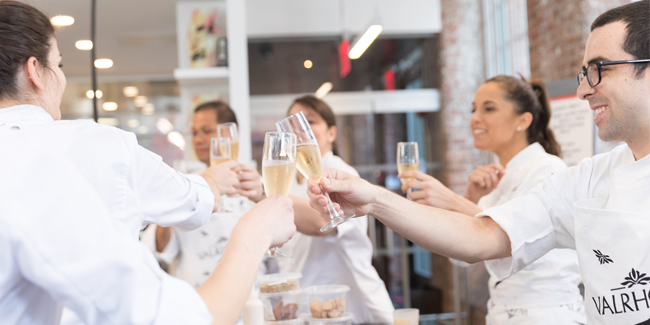 14 bûches for an imaginative and tasty Christmas

Here is a review of some of the most spectacular and gourmand Christmas proposals of 2019.

The popular chef is synonymous of freshness, of immediacy, of freshly baked goods, of what is assembled in front of the customer. And all with an idea of service more typical of a restaurant than a conventional pastry.

Bachour, Mampel, Reid and Fusto in the 2017 school calendar for Valrhona Brooklyn

Desserts never even caught his eye until he buys the book, Plaisirs Sucrés, by Pierre Hermé. Demers has worked for 15 years in some of the best restaurants in Montreal and, finally, he opened Patrice Patissier, which the three great gastronomic pleasures coexist: good food, good wine and good desserts.

The great humanitarian date with hot chocolate in Montreal

22 locations and 48 other distribution points are participating in this voluntary project, where the true stars are Valrhona chocolate and the humanitarian spirit of La Tablée des Chefs. 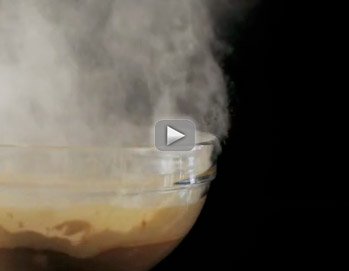 Enjoy the beauty of Patrice Demers’ Panna Cotta process. This pastry chef has an idyllic relationship with the director’s lens while he makes his dessert in this one-of-a-kind video masterpiece, presented at Omnivore’s Festival of 2012.