The world has changed a lot in these last ten years, and modern pastry is no exception. On the contrary, it is now more than ever a dynamic sector that crosses borders while celebrating the creativity and joy of a good dessert in every corner of the planet. So good feels a responsibility, however small, for this phenomenon, which also contributes to strengthen the exposition of the work of some of its most outstanding ambassadors.

But what is modern pastry? We dare say that it is the expression of an inescapable commitment to change, to novelty, although that commitment can never be an objective in itself, rather a consequence of a way of functioning. To this end, the so good community – authors and readers alike – shares a view: to the classics, that is, to traditional pastry with a French base; to the concerns and tastes of the contemporary consumer; and the gourmand character and happiness brought by any good pastry creation. The talent and originality to capture that look in a fresh and admirable result is the engine that opens the way to each issue of the magazine and which has gained interest and recognition throughout the world. This decade-long journey instills confidence in the team that makes its contents possible in order to stay true to its principles, knowing that flavor alone, or a gimmicky presentation, are insufficient to meet the expectations of its readers, eager to continue enjoying the unstoppable evolution and dynamism that pastry experiences these days.

In So good # 21, that modernity party continues starting with Kirsten Tibballs, who adds to the celebration of the 10th anniversary with a birthday cake in her very unmistakable style. The contents of this issue are revealed by great figures of French pastry. We get to know some of the latest creations by Yann Couvreur and also the keys for making dreamy pastries by Johan Martin.

Aesthetics continues to play a fundamental role in the preparation and presentation of each creation. The harmony in the chosen forms and volumes distinguish the brilliant proposals of Davide Comaschi, but also those of the Dutch chef Pascal De Deyne and of the French chefs with careers in Asia, such as Alexis Bouillet and Nicolas Belorgey. Very knowledgeable of the Asian market is also Frank Haasnoot (cover) who presents his first great compilation book of his profuse and personal pastry career in this issue.

So good # 21 travels around the world using a common language, that of modern patisserie, but with dozens of particular expressions. This is how the Japanese chef Jiro Tanaka meets with Juan Contreras from the Atelier Crenn or with Attila Meinhart in Budapest. Each with spectacular creations, but also with a back story which is essential to capture the full picture. Stories and techniques that allow progress, as is the case of Richard Hawke in the use of alternative ingredients, Jose Romero and his treatise on panettone, or Ramon Morató and Anne Cazor, who carried out a brief investigation that opens new possibilities in the development of ganaches.

The mini format is the absolute star of the proposals reclaimed by Xavi Donnay from the three-starred restaurant Lasarte in Barcelona. Also from the same city is Essence, the latest from Jordi Butrón and Xano Saguer in their effort to make a restaurant dessert philosophy which is more culinary, less sweet, and better understood. The feat of the five new MOF pàtissier, the spectacular school run by Wang Sen in Shanghai, the action-packed portraits of Jerome Flayosc, the gourmand character of Anne Bolz’s desserts, and reclaiming indigenous ingredients by the Filipino chef Miko Aspiras, complete the variety of proposals of 2019’s first release of so good .. magazine. 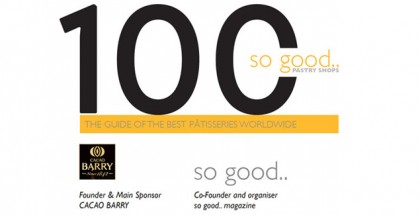 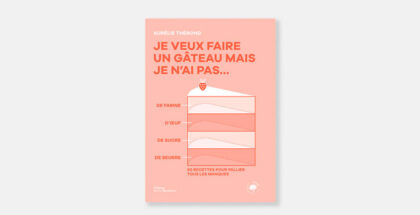