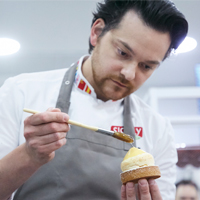 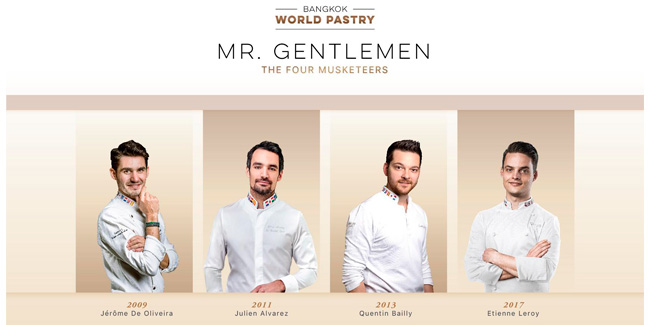 Jérôme de Oliveira, Julien Álvarez, Quentin Bailly, and Etienne Leroy will give exclusive training sessions from April 28 to May 1. 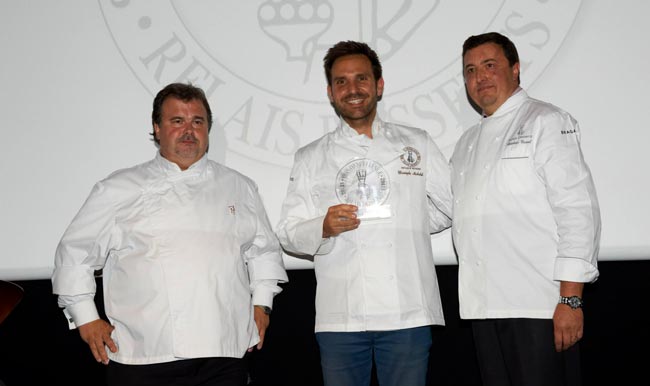 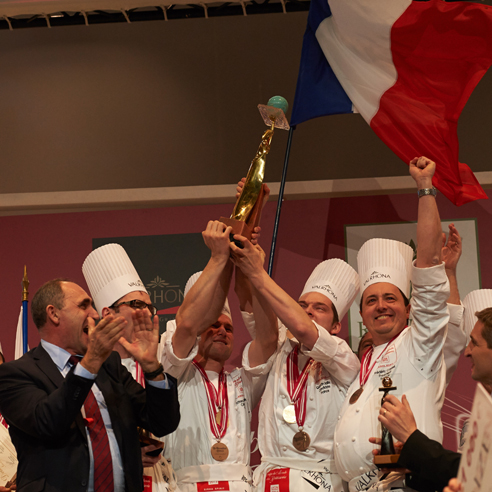 Quentin Bailly, Mathieu Blandin and Joffrey Lafontaine obtained the gold medal for France at the last edition of the World Pastry Cup, held on 27th and 28th January in Lyon, at Sirha’s Paul Bocuse Hall. The great favorite team proved again why they are one of the strongest and most competitive countries in this competition. Alongside the French, the Italian and Japanese teams also mounted the podium.