World Pastry Stars 2016, which was held on 16 and 17 May in Italy, was once again a space for exchange and debate in which to reflect on the need for cost control, market challenges, new sales tools, and many other issues that directly affect the pastry sector. The congress focused on restaurant pastry as a new feature of this third edition, an important field in terms of innovation and economic value.
The first day, 10 great pastry chefs from Italy, France, Spain, Belgium and the United States took the stage to narrate how they have managed to move from a traditional craft dimension to operating on a large scale. Among them are, for example, Vincent Guerlais who focused on playful pastry, François Payard and his talk on “The flagship store to bistro”, Yann Duytsche gave guidelines to build a collection of pastries, and Paco Torreblanca spoke about quality and positioning as elements to face the crisis.
The second day, Tuesday 17, restaurant pastry was discussed in depth, a sector in continuous growth, with the participation of four pastry chefs that are worldwide references. Giuseppe Amato (executive pastry chef of La Pergola in Roma, three Michelin stars), Jordi Roca (executive pastry chef of El Celler in Girona, three Michelin stars), Oriol Balaguer, one of the current pioneers who is re-envisioning the world of desserts, and Niko Romito (chef patron of Il Reale, Castel di Sangro, three Michelin stars). 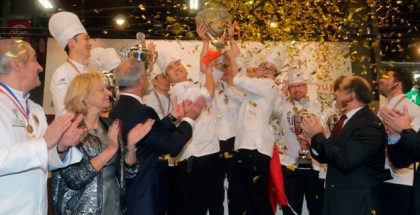 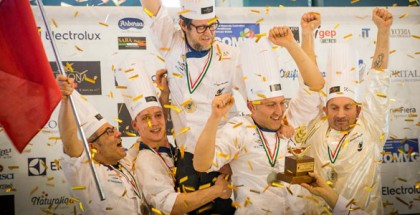