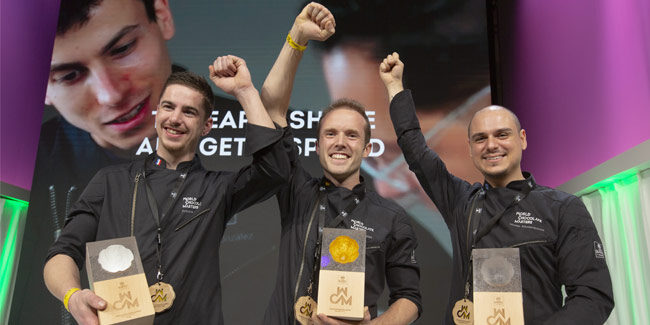 With a slight but consistent advantage over his most direct competitors, the Spanish chef Lluc Crusellas managed to proclaim himself World Chocolate Masters on October 31 in Paris. The Best Chocolatier in the World 2022 scored 434 points over seven tests that lasted for three intense days in the large space set up for the event inside the Salon du Chocolat. French chef

Antoine Carreric blew up the betting pools the first two days that left him out of the bid for victory, and climbed to second place with 405 points. While another of the great finalists of the first day, the Greek chocolatier  Nicolas Nikolakopoulos, accompanied them on the podium, being the only three contestants to exceed the 400-point barrier. Besides this photo finish, a competition of the magnitude of the WCM has left many other images to remember and reflections that are worth taking into account.

“It’s awesome, I’m still coming to terms with what we just did in Paris”, Lluc Crusellas told us at the foot of the podium. For the first time in the history of this competition -eight editions, 17 years- a Spanish chef has been proclaimed its winner. In fact, to date no national representative had managed to get on the podium. But his intentions were clear even before knowing the result, “we have come with everything, for everything, and with the desire to try to do something different”, he confessed only 24 hours before knowing the result. At just 26 years old -also the youngest chef achieving this title-, LLuc Crusellas has made a highly desired dream come true.

We knew well in advance that the Catalan in charge of the Pavic pastry shop was going all in, accompanied by a large team with 18 direct collaborators and having gone through an intense preparation of a year and a half. That is why achieving the well-deserved highest score on the first day did nothing more than confirm the best omens that this previous work had brought forth.

To reach this exciting milestone on the opening day, he first had to present a spectacular artistic showcase starring a chocolate elephant weighing more than 170 kilos, which was going to symbolize the fight for survival in the face of threatening climate change. He also especially liked his #Share proposal, that is, the creation to share based on the development of an assortment of chocolates made in a Monalisa brand 3D printer, and which was accompanied by 500 samples that were distributed simultaneously among the entire audience.

Lluc Crusellas only had to worry that the rest of his proposals were good enough so that the peloton made up of the other 17 contestants would not close the gap he established when he broke away on the first day. Although on the second day some doubts arose with the dessert of the #Taste test, whose execution was not entirely perfect according to some jurors, in the end the rest of the tests (bonbon, #transform cakes, and #design artistic piece) allowed him to maintain and even to improve the advantage acquired with respect to the majority of opponents.

There are many images recorded by the ubiquitous cameras in charge of live transmission by the production company Berlin Creative Studio throughout the three days of the competition, although there are always “behind the scenes” stories and stories that only reach the ears to those who are more aware.

For example, and although he did not even reach the podium, it was the Japanese chef Jiro Tanaka who most clearly disputed the trophy against Lluc Crusellas. Awarded in several categories with the best score -3D Share, Taste dessert, and bonbon-, it was the fall of his spectacular showcase piece on the first day that left him out of the fight for the title and even about to lose his place in the third day in the top ten.

The Greek chef Nicolas Nikolakopoulos was, together with the Spanish chef, the one who aroused the most astonishment with practically all of his work, especially from the more artistic side, and the one who therefore showed a similar regularity and merits to be on the podium. Of course, no one equaled the Catalan chef in either the number of special prizes awarded, treasuring the awards from the public, from the specialized press, the one for the best showcase called #Wow, and the one for the smallest #Design piece.

Another story of strength and courage was starred by the only female finalist, the Italian chef Anna Gerasi. Her minimalist and detail-loving work deserved to come in fourth place as well as being distinguished with the award for the most sustainable performance.

The other 14 stories are no less captivating, the Frenchman’s comeback especially on the last day, awarded the best prize in the #Transform cake modality, the competitive work of the Chinese chef Jacky Lung, the great tasting of the Korean chef Dongusk Kim, the Empathetic and vindictive character of the Polish candidate of Ukrainian origin Igor Szaritskyi, or the spectacular nature of most of the “assignments” of the Belgian representative Togo Matsuda, to name a few that have remained in our minds.

One of the peculiarities that makes the World Chocolate Masters special as an elite competition in its constant evolution is its innovative vocation. It pushes contestants to explore unknown territories to respond to challenges such as sustainability or the introduction of new technologies in the workshop. They asked the Spanish judge Miquel Guarro what he expected from the candidates. His response could not be more definitive: to be surprised, something new. To stand out, it is mandatory to risk and please at the same time.

Of course we cannot ignore the private interest of the chocolate firm that promotes the competition, Cacao Barry. The enormous investment that is dedicated to this pure spectacle around chocolate cannot leave any detail to improvisation, and that also implies a regulation that is increasingly complex and demanding in its correct interpretation.

That is why a good part of the merit of Lluc Crusellas’s victory is due to having been able to surround himself with a team that has helped him to make a correct interpretation of what was going to be valued most in each test. It has also protected him to maintain an unshakeable psychological attitude and has accompanied him on his trip to Paris and in a dazzling display, from being practically his own staff, with a team image as a uniform, to elements such as the spectacular crane that allowed the body of the elephant to be transported to the display case where it was to be exhibited.

In short, there are many details that this very special and long-awaited edition has left behind, after four years of drought in the international arena, a pandemic, and all the built-up desire to recover attendance at events as special as this one. 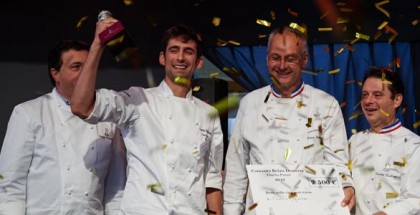 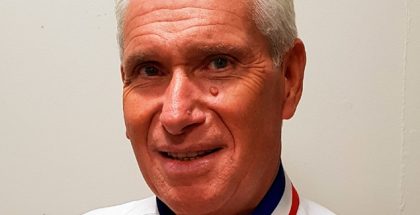