Four in One. Four talented chefs in one book whose content is also distributed in four major thematic blocks: pastry, chocolate, desserts, and artistic. There is also a delicious story about the two decades of the Chocolate Academy in Barcelona (Spain), which is also part of the sector’s history, told in the first person by its protagonists.

This is the title and plot of Grupo Vilbo’s upcoming launch on November 28. Its authors, Ramon Morató, Josep Maria Ribé (so good #5, so good #7, so good #13), Raúl Bernal (so good #7, so good #13, so good #16), and Miquel Guarro, have offered a fantastic taste of the book at the Fòrum Gastronòmic in Barcelona before an audience of around 400 people. A coconut caviar, a cloves nougat, a dessert in the shape of a lightbulb, and a beaten-up boxer in chocolate, delighted the audience and demonstrated that this a very promising book.

A total of 432 pages of talent, creativity, modernity, and good taste, with chocolate at its center, but pushing its own limits. A book which has all the ingredients to become a great reference in today’s patisserie.

On the boundaries of chocolate

72 unedited creations and over 300 recipes 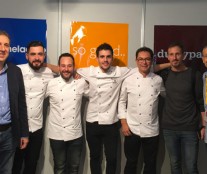 The authors of Four in One at the stand of grupoVilbo 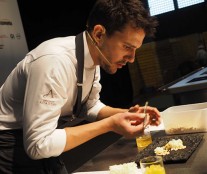 Miquel Guarro preparing a dessert of book Four in One (photo: Pere Duran) 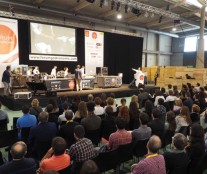 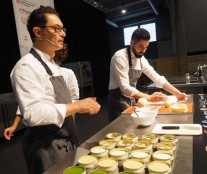 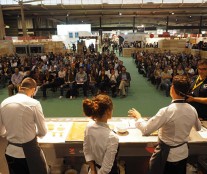 The auditorium was full at the time of presentation (photo: Pere Duran) 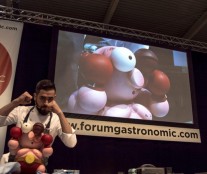 Raúl Bernal with dress boxer to present one of his creations 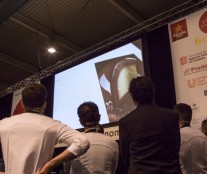 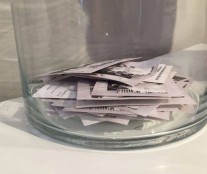 It had only been a few minutes of the presentation, but the urn reservation book already beginning to fill up. On November 28 official launch

Also, you don’t miss the spectacular entrance of Raúl Bernal in the auditorium in this video:

An in-depth look at the baguette in Jean Marie-Lanio and Jérémy Ballester’s ... May 23, 2022 | Ana Rodríguez 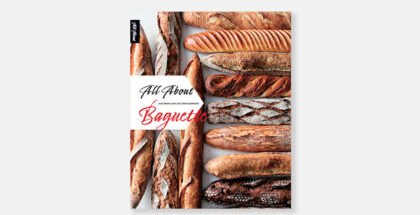 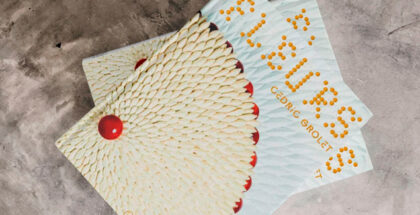