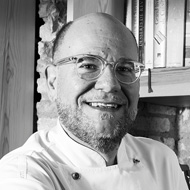 Pioneer in the vindication of his own language for the restaurant dessert, in 2000 he opened the first dessert restaurant in the world in Barcelona. Together with Xano Saguer, he is founder and director of Espaisucre, a school specializing in restaurant pastry making. His way of understanding the dessert from his flavor theory to his pedagogical work to reclaim it, has been a great influence on many professionals around the world, and logically also those who have passed through this center. During four editions (2007-2014), he has been responsible for organizing The Best Restaurant Dessert competition. More recently, Essence has opened, a table that gathers 12 guests every night to offer an educational and playful experience around a 100% sweet menu.

“Taste is an absolute priority. Other variables (technique, plating, esthetic, etc.) are the means, but not the end. We must accentuate the flavors, being faithful to the original flavor.”.

Ten years of so good, issue 21 is now here iPastry in Cologne showcases desserts from Vorbusch, Luwigs and Butron