To celebrate its 35th Relais Desserts International Meetings, the Association organized its first trip to New York, where one of its members has been living for more than 20 years, François Payard.

Under the direction of Payard, the grand charity gala “Around the World in 80 Sweets: An Evening with the World’s Best Pastry Chef” was held on Monday, April 4 at the Hotel l’Eventi, in the heart of Manhattan, an event where 80 influential confectioners assembled to offer a unique dining experience for the benefit of the organization City Harvest, which fights hunger.

Members of Relais Desserts, including Thierry Mulhaupt or Pierre Hermé, surprised the audience with a selection of imaginative sweet desserts. Also invited to the gala were the Cacao Barry chefs, Ramon Morató and Jerome Landrieu. The savory dishes were made by some of the most notable chefs in New York, including Geoffrey Zakarian, Anita Lo, Bill Telepan, and Marcus Samuelsson. 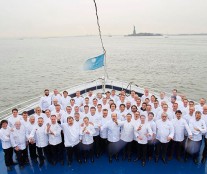 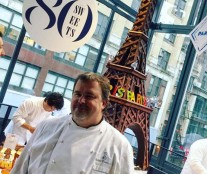 Pierre Hermé, before the gala 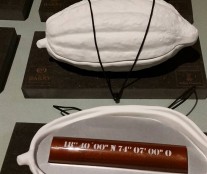 Haïti chocolate bar by Ramon Morató, one of the guests chefs

A 100% chocolate pop-up bar in London

“Modernist Bread”, the Modernist Cuisine’s new book, will be released in 2017

The baguette, France’s candidate to be a UNESCO intangible heritage... April 6, 2021 | Ana Rodríguez 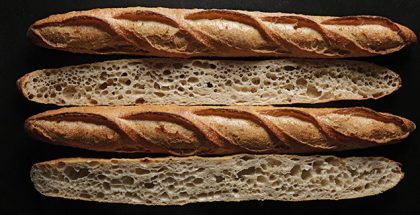 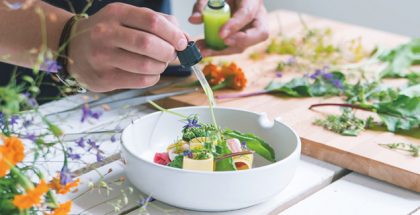