so good.. magazine > Pastry Blog & News > Pastry Competition > The best amateur macaron in France will be decided in spring
No Comments

In 2010, Vincent Guerlais organised a local amateur macarons competition in Nantes thought to award pastry lovers. A local competition that in the last few years has gained momentum and this year already has 11 regional semifinals where internationally renowned professionals are participating as jurors, such as Jordi Bordas, creator of the B.Concept method, Frank Fresson (MOF 2004); Jérôme de Oliveira, champion of the pastry world in 2009; or the MOF Vincent Guerlais, better known as the “taste bud agitator”.

Jordi Bordas and Frank Fresson, jurors in the semifinal held in Metz

The final will be held on May 29th in the Arnaud Larher patisserie in Paris and will bring together all the winners of the 11 regional semifinals.

The applicants will have to make 10 home-made macarons the day before, of the same size and flavour, different than those presented at the semifinal. These macarons will have to be reproduced the same day at the final in a span of three hours. The jury will do a blind tasting and evaluate them based on the following criteria: appearance, regularity, texture, flavour and recipe originality. 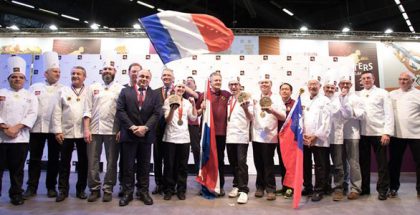 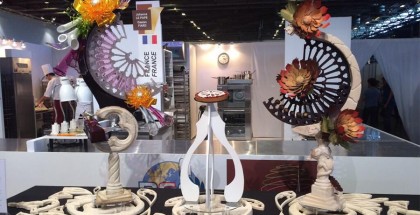