so good.. magazine > Pastry Blog & News > Pastry Chef Articles > Josep Maria Ribé: ‘I am satisfied if someone makes a cake of mine’
No Comments 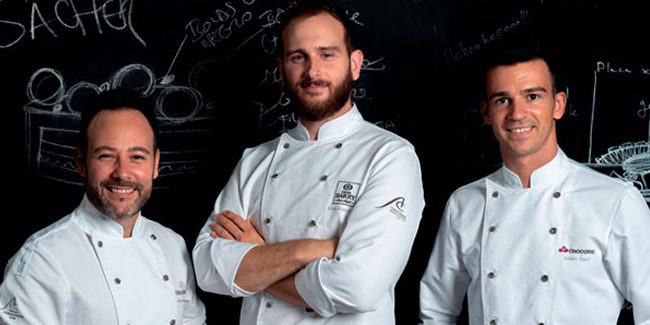 It is not easy to turn 25, but it is even harder to turn 25 while keeping your prestige and savoir faire intact. The Chocolate Academy of Barcelona, former Aula Chocovic, has managed to build a very genuine style that many praise, and defend it above all else. As its current director, Josep Maria Ribé, says, ‘our credibility is non-negotiable.’

From so good.. magazine #25, we wanted to join the celebration of such an important anniversary with an interesting interview and also collecting the latest creations of the school’s leading chefs, Enric Monzonis, Albert Daví and Ribé himself.

The Chocolate Academy of Barcelona, former Aula Chocovic, turns 25. How was it born?

‘Aula’ was set up by Jaume von Arend as Chocovic’s sales director, and Ricard Navarro as manager. Initially, the courses were free, with the idea of showing the brand’s products, but soon Von Arend realized that the training provided was very valuable, and that necessarily had a price. Enric Rovira was recruited to be in charge of the ‘aula’, and Lluís Morera, Claudi Uñó and Eduard Roig also joined as external workers. In 1997, Ramon Morató was incorporated as a staff worker. The objective, which was to bet on quality training, was then more than fulfilled. If we had been told then that, 25 years later, that ‘aula’ would become what it is today, nobody would have imagined it.

Can we therefore speak of two stages, one until the purchase of Chocovic by Barry Callebaut and a later one?

Ultimately yes. The takeover in 2010 was a turning point. When you join a company of the size of Barry Callebaut, it is clear that this affects every way. At that time, it was key to defend what we had already been doing, which was working well. And we can say that we managed to stay true to the philosophy that we already had, our style and our line of work.

How would you take stock of your first five years as a managing director?

For me, when I was asked to be the managing director in 2015, I took it on as a challenge. I considered continuing to work along the same guidelines that Ramon had set, reinforcing some possible weaknesses, but above all maintaining the philosophy I mentioned before. I thought that if I happened to change it, we could easily crash. And after five years I am satisfied because both the performance of the courses and the occupancy ratio have been very high, and the level has been maintained despite the fact that the entire team had to be replaced.

Who is currently on the team?

We have Mini von Arend, who is our coordinator, and I would dare say that she is our half-director too, because her help in the management part is essential. Also Enric Monzonis, who is Cacao Barry’s chef, Albert Daví as Chocovic’s chef, Adrià Roldon as junior chef, and myself as managing director and Callebaut brand’s chef. And then we usually have 4 to 5 stagers that make up the team.

Older people have been coming recently, and that is good because it means that professionals want to continue training and learning even though they have been in the business for many years.

How would you describe your training offer?

We could differentiate three blocks. On the one hand, more basic training, with courses such as bonbon making, introduction to chocolate, contemporary cakes, individual pastry… These are like the classics of this house. Another second block would be innovation training, with courses that force us to look for new content or new approaches, novelties, trends… And a third block, which is taught by external professors and represents 35-40% of the total offer.

And what is the profile of the trainee who attends the Chocolate Academy?

Mainly bakery pastry chefs (70%) and the rest are restaurant pastry chefs. We also have a small percentage of amateur chefs, but they all have high level.

The average age of the trainee is between 25 and 55 years old. Older people have been coming recently, and that is good because it means that professionals want to continue training and learning even though they have been in the business for many years.

And another positive thing in recent years, is that the ratio of women in courses is higher than that of men.

If I allow the philosophy that we have built over all these years to change, it will directly affect that credibility. In a single year, we would destroy the trust that many professionals have placed in us for many years. This is something non-negotiable.

How, if at all, does it affect or condition the fact that the Academy is owned by a large commercial company?

So far, we have had absolute freedom, they have trusted in the training offer and we have responded successfully. There is a red line that we must respect. Our job, rather than selling chocolate, is to promote the craft and the product through knowledge.

In the courses, we are very honest. We do not use any type of substitute, nor do we try to sell anything. Professionals who are customers of our competitors come to our courses, and who do not buy Barry Callebaut products. But they come because the training offer is good, and they feel comfortable. That has great value.

Another thing is that, as technicians, we advise a client about products or other things. But that is independent from Chocolate Academy.

It is a matter of professional credibility, right?

I am not nor do I pretend to be the best pastry chef in the world. I am satisfied if someone makes a cake of mine in their bakery, one that they have learned in a course. That credibility is the most important thing we have. If I allow the philosophy that we have built over all these years to change, it will directly affect that credibility. In a single year, we would destroy the trust that many professionals have placed in us for many years. This is something non-negotiable.

When people like Perruchon, Cedric Grolet or Frank Haasnoot tell us that they really like what we do here and the level at which things are done, it means that we are doing something right.

We know that your Chocolate Academy is different from others the Barry Calle- baut group has in other countries. Why? What are these differences? And what makes it so special that everyone speaks so well?

I never quite believe it. We try to convey that we are humble, common people. We know that, in the sector, there are chefs who have always set a distance with the trainees. In our case, Ramon Morató at the time already implemented this closeness. The human factor is fundamental, and I am sure that our trainees appreciate it as something very important within the overall experience of doing a course here. Here, at the school, we all have our meals together, and on the last day we say goodbye with a gin & tonic… It is a succession of shared experiences through which we all go hand in hand. And then we take care of the details, the uniform, the apron, the cookbooks, etc.

When people like Perruchon, Cedric Grolet or Frank Haasnoot tell us that they really like what we do here and the level at which things are done, it means that we are doing something right.

Now there is a very strong commitment to online training, but I think people will want to go back to schools when there is normality. It is indisputable that the online offer has come to stay, and it is something that we are also going to offer through a series of specific courses. There are many people who, for different reasons, cannot come to our courses but who are very interested, and quality online training can partly respond to this demand, although obviously it will never be the same as being present in a course, in which you can work with the chef first hand, taste what he makes, and so on. 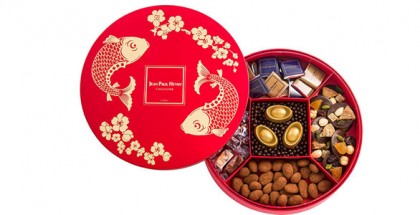 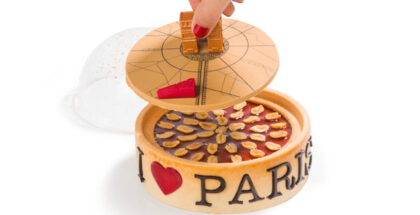