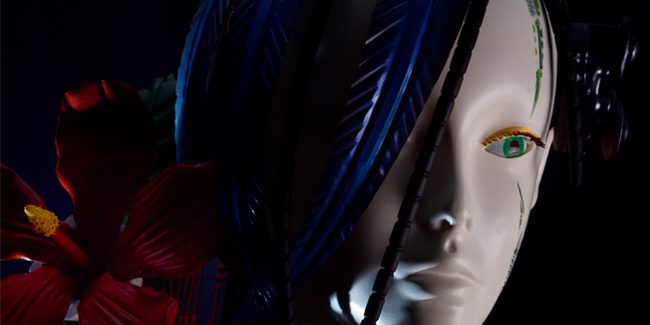 In October 2017, at the Japanese preselection contest for World Chocolate Masters 2018, it was Akihiro Kakimoto who won the ticket to the next year’s big competition in Paris and shed tears with pleasure. Next to him was Jiro Tanaka with a complex look as if he felt the same way as I did; how frustrating! He should have won the prize.

The theme assigned to contestants of WCM 2018 was Futropolis in which they had to express the chocolate gastronomy in the future. I was struck by his showpiece the same way as when I first saw the movie, ‘Blade Runner’. The chocolate mannequin gave an icy look with her sensual body in metallic blue, wearing large flowers around her face which are very vivid in contrast.

It was not long time ago when Tanaka was gripped by allure of chocolate. He was not a chocolate guy, but a sugar guy. He used to engage in making sugar sculpture and won many prizes in the competition. His goal at that time was to be chosen as a member of the Japanese team to challenge WPTC and he actually was one of them in 2013. But WPTC 2014 was cancelled before Tanaka flew to Las Vegas. He was understandably overwhelmed by a sense of frustration. Time passed without feeling motivated in his life. Then, some advice from someone reliable aroused his passion again. ‘I was told to make a chocolate showpiece. Give it a shot!’, and I found a thing that I could dive deep.’ 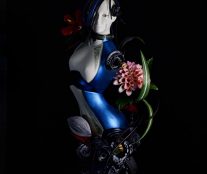 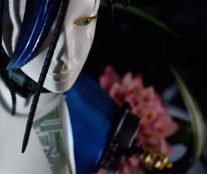 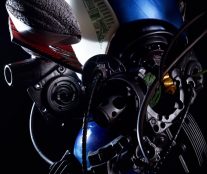 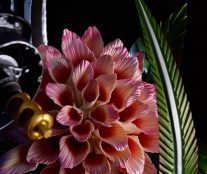 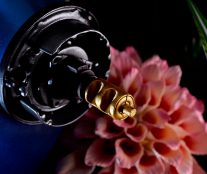 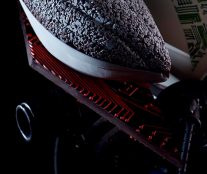 The more he got to know chocolate, the more he got into it. Chocolate is such an interesting ingredient for him. He had started to challenge international competitions in 2015 and he won the Pastry Live Showpiece Championship in 2016 with his mentor and a member of Relais Dessert, Hideki Kawamura (so good #6) of A tes souhaits.

‘It’s been a year since I built this showpiece last time. I used a mannequin to create a mold by coating it with chocolate at first and made a silicone mold from that. Look at the textures. The white part, the blue part and other parts of the body are all different. See the mechanical parts. There are more than a hundred and most of them are made without molds,’Said Jiro Tanaka standing before the 150 cm-high showpiece in his chocolate atelier in Kamakura, Kanagawa prefecture which is located next to Tokyo.

His passion for chocolate had kept him running without slowing his pace until he finally opened a chocolate atelier other than his pastry shop, Patisserie Calva. (The shop is shared by Boulangerie Calva owned by his brother, Satoshi). Some time later, he was offered to open a shop near the atelier. Once Kamakura was the ancient capital of Japan in the Middle Ages and accommodates many temples, shrines and historical legacies. The site given to him was called Monzen, literally meaning “before a gate” and is in fact located before the gate of Enkakuji temple, one of the leading Zen temples in Easter Japan founded in 1282. Tanaka says, ‘The Chocolaterie Calva Kita Kamakura Monzen opened in December 2017. I was very sorry that I couldn’t go to WCM, but if I won the first prize at that time, I was likely to get all involved in it, and let such an opportunity pass, opportunity to open a chocolate shop. I can’t help but thinking that everything happens for a reason.’ 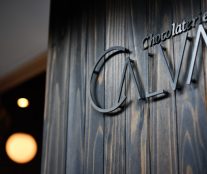 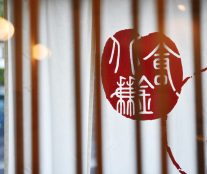 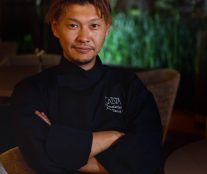 With extensive experience in national and international competitions, Tanaka has always tried to establish his identity as Japanese when creating cakes and desserts as well as showpieces, and Kamakura is the place which makes him feel strongly Japanese.

‘I was very sorry that I couldn’t go to WCM, but if I won the first prize at that time, I was likely to get all involved in it, and let such an opportunity pass, opportunity to open a chocolate shop. I can’t help but thinking that everything happens for a reason.’

In his chocolate shop, you will find more Japanese-taste molded chocolate bonbons; hojicha (roasted green tea), shiso (herb, native to eastern Asia), sesame, matcha. The specialty of the chocolaterie is Yokan Chocolat. ‘I like anko (sweetened azuki bean paste) which is mainly used in Japanese sweets very much. How can I use anko in the pastry chef fashion? The answer was making unusual ganache to go perfect with yokan,’ he said. Yokan is jelly-like steamed anko and has a soft and smooth texture. He made ganache without fresh cream so that it would have a very pure taste of cacao and fragile texture, which is a perfect match with yokan. Although the recipe is strictly kept as a secret, he presented three cakes for so good.. representing Japanese taste, seasons and a sense of ephemerality. Admiration for ephemeral or short-lived or transient things is one of Japanese characteristics. Tanaka will show us amazing chemistry between cacao from tropic jungles and Japanese ephemerality.

You’ll find these creations in so good #21 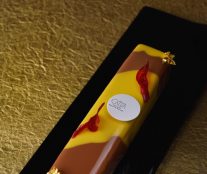 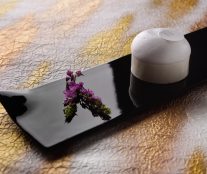 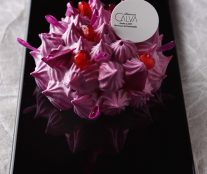 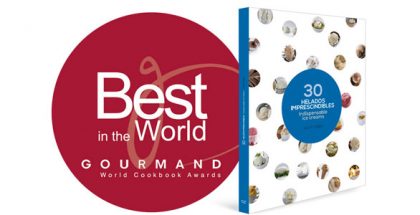 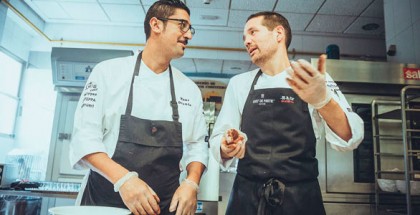