so good.. magazine > Pastry Blog & News > Pastry Chef Articles > Aspects to consider in the preparation of brioche by Daniel Álvarez
No Comments

Aspects to consider in the preparation of brioche by Daniel Álvarez 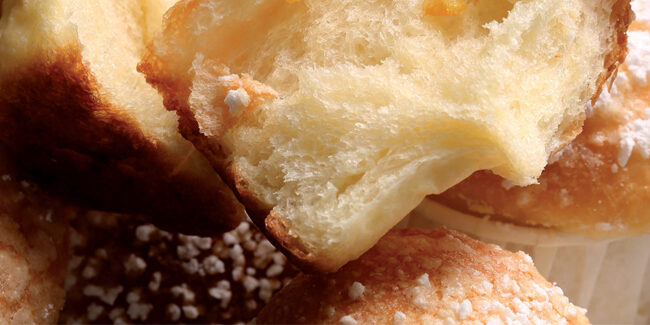 Sweet Devotion gives brioche dough the gastronomic place it deserves. Daniel Álvarez was tired of finding books that hardly explained anything when these products are much more than a simple recipe.

Available in our online bookstore Books For Chefs in a bilingual version (Spanish and English), it is ideal for those who want to have a current vision of artisan pastries.

Below we share aspects to consider in the preparation of brioche, one of the quintessential pastry doughs, the classic bun.

Brioche doughs are those fermented doughs with a rich content of eggs and butter that give that unmistakable soft and spongy texture. It is what is popularly known as a “bun”.

In addition to their soft texture, these doughs stand out for their great versatility in terms of formats, large and small, and for the possibility of enriching them with all kinds of fillings, such as creams, ganaches, chocolate pearls, citrus cubes and even lumps of sugar, which are introduced before or after baking. Although they work interchangeably with sweet and savory ingredients, we are going to focus exclusively on the former.

The starting point will be the pure brioche itself to review other products with a similar structure. In some cases the main difference is the replacement of butter with olive oil, as in our Roscón de Reyes. In other cases, the peculiarity resides in soaking the dough as in the savarin, or in frying it instead of baking it as in the donuts.

Like with puff pastry, we must be aware that small variations in the proportion of ingredients, in the kneading or in the way of working it, will lead to very different results.

I especially like it for its buttery flavor, in addition to the flavors of the fermentation and the yeasts themselves. It is a game in which each professional must achieve the balance that best suits them.

The structure of the mesh

At the beginning of the kneading, there is no elasticity (rigid alveoli). Through the action of the arms of the kneader, moving at a slow speed, the so-called gluten mesh is woven and the dough develops until, as we have said, it separates from the walls of the recipient.

It is at that moment when the butter is added, cold and cut into 3×3 cm cubes, and we let the dough absorb it. In this process, the friction that occurs in the mixer is of great help.

It is essential that the ingredients are cold and that the dough is not overworked, as it can heat up, leading to premature fermentation. This would ruin the structure created up to that point. In addition, in an excessively worked gluten mesh, the alveoli are very large and the resulting dough would be inconsistent and too elastic. On the contrary, insufficient work will give rise to a hard and dense dough, with very small alveoli and, in general, not very light.

To avoid these problems, you have to watch both the speed and the time of kneading.

It is important that the mixer’s arms move at a slow speed, approximately one stroke per second. This will help keep the kneading temperature very cold.

It can be added either at the beginning or at the end of the kneading. As the ingredients are used cold, there is no risk of fermentation starting earlier than desired. The main difference will be in the taste. If it is added at the beginning, the dough will acquire a more pronounced aroma of yeast and its characteristic acidity. In my case, I am interested in achieving that touch in the final result.

The natural yeast in these doughs

A fermented dough like this could perfectly support the use of natural yeast. However, and as we mentioned in the introduction, I prefer to leave the flavor of this type of yeast for other products such as panettone.

Its absence allows me to achieve a butter flavor in all its fullness, with a touch of fermentation that is also provided by the yeast itself.

Be that as it may, we must monitor the fermentation process and prevent the yeast from metabolizing more sugar than necessary, that is, no more than 10% of the sucrose that we have added to the recipe. Otherwise, the resulting flavor could be too bland, in addition to other undesirable color and texture effects already discussed in the introduction.

If the amount to be kneaded is small, it could be added at the beginning together with the rest of the ingredients. Otherwise, it is more appropriate to incorporate it at the end and, as we have mentioned, in two or three parts so that it integrates more easily without negatively affecting the development of the gluten mesh.

In Sweet Devotion, you will find more details about these ingredients to make a brioche dough, formulation and guidelines for kneading, block fermentation and forming individual pieces, as well as tips for different types of brioche. You can also enjoy a good number of specialties made from this emblematic dough.

Most common types of sugar in pastry by Paco Torreblanca

Dimitri Fayard: ‘Simple can be harder than complex’

Jacquy Pfeiffer: “When you charge fairly you get more customers”... September 2, 2019 | Santiago Corral 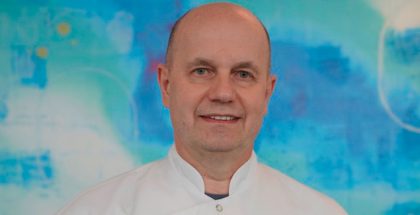 Dominique Ansel bakery to open in London May 13, 2016 | Ana Rodríguez 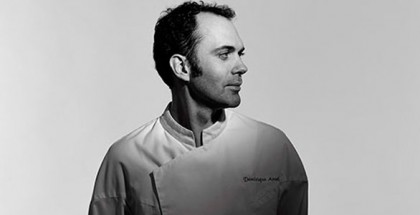