Four in One. Four talented chefs in one book whose content is also distributed in four major thematic blocks: pastry, chocolate, desserts, and artistic.

It may seem obvious but when a publishing company takes on a new project, two elements are needed on which the book is built: the author and the subject. There are cases where the strength and personality of the author places the subject in the background, and it may even be enough to collect and display the creations of the respected author without the existence of a specific frame. On other occasions, it is the subject itself that supports the entire weight of the work, and it little matters whether the author has great recognition or not. But to a greater or lesser extent, there is always an author and subject.

When we at Grupo Vilbo undertook a new project in the form of a book on the Chocolate AcademyTM Barcelona, we found ourselves with no specific author or topic. There was not one author, but four. And we did not have a topic, but rather a reason, since it was the 20th anniversary of that academy.

Thus the classical approach was broken. Nevertheless, we did have a rare element of incalculable power, we had a cohesive team with countless professional qualities and well-deserved international prestige. Ramon Morató, Josep Maria Ribé, Raúl Bernal, and Miquel Guarro are much more than four authors. They are a unit that thrives on each of their differences and individual personality, because they all share four characteristics that make this a truly exceptional and almost unrepeatable case.

The first of the qualities they all treasure is talent. It is not easy to find such a concentration of creative effervescence per square meter like at the facilities of the Chocolate AcademyTM in Barcelona. Ideas flow naturally and effortlessly.

The best way to wait for inspiration to strike is by working. And these four professionals work tirelessly to shape their ideas. Therefore, effort and the ability to sacrifice make up the second of the virtues they share.

Thirdly, you cannot create, discover and move forward without having high levels of freedom. Limits are only imposed by professionalism and common sense.

And last but not least, the four are united by a friendship that creates a permanent climate of positivity, confidence and “good vibes”, capable of infecting anyone near them.

Therefore, these are the four qualities that come together and give cohesion to the quartet, hence the title of this book: Four in One. Four talented chefs in one book whose content is also distributed in four major thematic blocks:  pastry, chocolate, desserts, and artistic. There is also a delicious story about the two decades of the Academy, which is also part of the sector’s history, told in the first person by its protagonists.

Let’s not forget the “fifth Beatle”, Rubén Álvarez, who also has his share in the success of the Academy and a small stake in this book. And a special mention for the impeccable work of Ivan Raga, master of light who knows how to capture pastry and chocolate creations like no other.

Finally, it is an honor for Grupo Vilbo to participate in a book that will not only be used as a learning tool, but especially as a way of enjoying the quadruple talent of a single team. 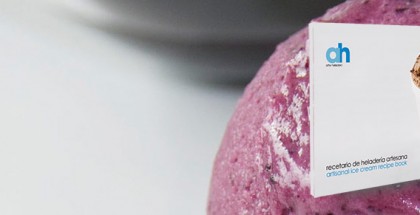 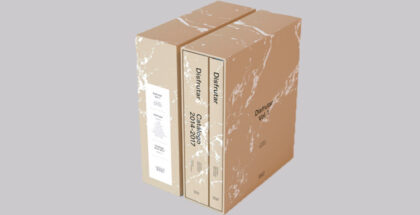