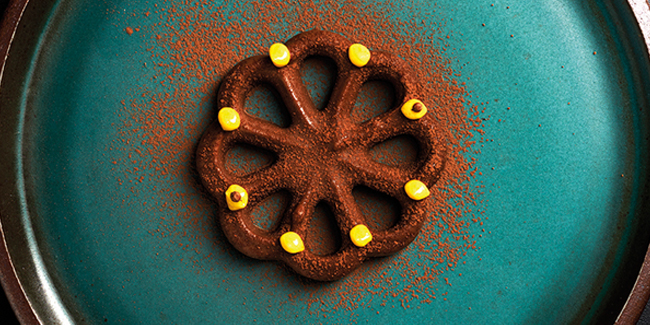 Jesús Escalera defies the limits of traditional pastry and reinvents desserts, playing with different textures and temperatures, at La Postrería, an establishment he runs with Fernando Covarrubias in Guadalajara (Mexico).

Escalera, born in Utrera, a city near Seville in the south of Spain, and winner of the title of Latin America’s Best Pastry Chef 2018, has been inspired by his childhood in Andalusia to make this typical pastry of the area, a “buñuelo” (fritter), but with a chocolate version and without being fried. It starred on the cover of Dulcypas # 467, our professional pastry magazine published in Spanish.

Boil milk and cream with the finely chopped cinnamon. Cover with plastic wrap and let infuse for about 15 minutes. Add powdered milk along with the dextrose, mixing very well until it is completely diluted. Bring to 40ºC and add the sugar mixed with the stabilizer little by little. Raise to 85ºC and cool in bain marie. Let it ripen for 12 hours. Strain, pressing on the strainer to get all the aroma of the cinnamon. Mix with a blender and put in an ice cream machine. 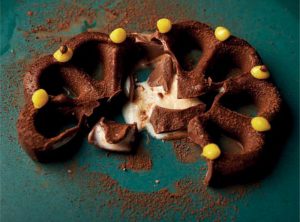 Hydrate the gelatin in the orange juice and the orange blossom water. Boil the milk and cream with the orange peel zest. Cover with plastic wrap and let infuse for about 30 minutes and strain. Dilute the hydrated gelatin in the hot infusion. Pour over the cream cheese and mix until smooth. Add the extract drops and put in the refrigerator for a minimum of 3 hours. Put the creamy mixture in the blender until it is aerated. Save in a pastry bag.

Melt the chocolate with the butter and temper. Put the iron mold for fried fritters in liquid nitrogen for one minute. Drain well and pass through the chocolate until a thin layer adheres. Allow to freeze and remove carefully. Keep frozen. With the help of a pastry bag, fill the hollow part halfway with the ice cream and reserve in the freezer again until use.

Blanch the orange peel 2 times starting from cold water. Blanch a third time, letting it cook for 25 minutes when it starts to boil. Drain and mix with the rest of the ingredients in a blender except for the butter. When it is completely crushed, strain and at around 40ºC add the butter and continue crushing until you get a very fine cream. Strain and store in the pastry bag.

On the pass, and with the help of a spatula, fill the remaining gap in the chocolate fritters with the whipped orange blossom cream. Place on a plate and sprinkle cocoa powder lightly staining the plate. Randomly arrange 8 dots of bitter orange peel puree with 2 anise seeds. Before serving, smoke for about 30 seconds with incense and an electric smoker. 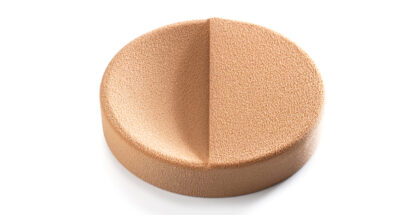 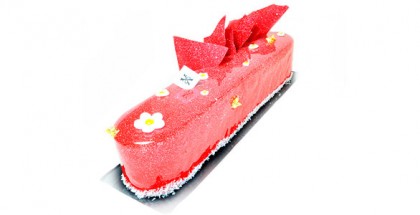