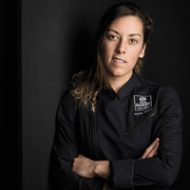 Marta Martín is the assistant and right-hand chef of Ramon Morató in her role as Creative Director of the chocolate firm Cacao Barry.

Her professional career began in 2013 by combining her studies at the School of Hospitality and Tourism of Barcelona (EHTB) with a job as a baker at the Turris establishments with the renowned Xavier Barriga. In her second year at school, she had as a teacher the pastry chef Sergi Vela, who does not hesitate to recommend her for a stage at the Chocolate Academy in Barcelona. There she meets Ramón Morató, who a year later proposes her to become part of his team in the new stage as creative director for the Cacao Barry brand.

In 2020, she joined the El Carme Pastisseria team, a small bakery in the town of Vic (Barcelona) where she can carry out a creative pastry which is respectful of tradition and very selective in the quality of the ingredients.

“Starting from the well-known technique of chocolate air, I wanted to give a leading role to this light texture that was not simply just an element for the decoration of cakes” 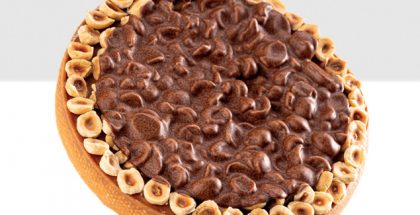