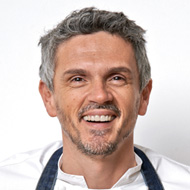 In 2012 Christophe Adam opened L’Éclair de Génie, a new and original pastry concept in the Marais district of Paris, where the star product is the éclair in numerous and original flavors. This was the beginning of a business that in a short time has conquered the world. Only six years later, in 2017, L’Éclair de Génie already has twenty shops and a dozen corners in Japan, Moscow, Milan, among other places.

I’m more focused on the taste of my products than the artistic aspect, proposing creations made with good products 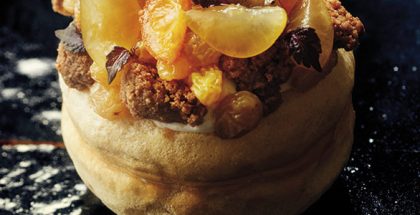 Twelve bûches for a Christmas in nature and with winter flavors Christophe Adam: ‘I am no longer a single-product chef’ All on 26 7+1 books to enter the era of baked pastry doughs Christophe Adam, uncensored in the book “Éclairs 20 ans de création” Vanilla, the protagonist of Christophe Adam’s latest book Christophe Adam: “Pastry is a real notion of taking pleasure that provides happiness” So good 19, the festival of styles 115,000 people visit the Salon du Chocolat 2017 Spring has also arrived in L’Éclair de Génie