Red wine, truffles, lentils, and spinach are some of the ingredients used in the demonstrations by Paco Torreblanca, Luca Sacchi, Andrea and Giacomo Besuschio, Ascanio Brozzetti, and Gianluca Fusto in the space Dossier Dessert, a space dedicated to restaurant desserts and organized with the collaboration of l’École Valrhona, in Identità Golose. The 14th edition of the congress, held from March 3 to 5 in Milan, had the importance of human relations in the gastronomic field as a common theme.

The pastry chefs surprised with interesting sweet proposals with one element in common: Valrhona chocolate.

Torreblanca was inspired by ​​Alba Piedmont’s home, “a land which I really like and that offers black and white truffles, Barolo wine, and the best hazelnut”, to make a Savarin with a praliné glaze. A completely white dessert with a base of savarin bathed in a sugar syrup and water flavored with cinnamon, star anise, Sichuan pepper, vanilla, cardamom, lemon peel and pepper.

Luca Sacchi, who has always gone between cuisine and pastry, presented a sweet with peas. “The biscuit and the dark chocolate salt are destroyed by two vegetables, extra virgin olive oil, and salt,” Sacchi admitted.

Andrea and Giacomo Besuschio, father and son, gave a tag team lesson under the evocative title “P’Assaggi”. Giacomo made a dessert inspired by a snail (revived in chocolate) made with creamy lettuce, a snail and beet foam, among other ingredients, and finished with snail caviar. Andrea, for her part, used creamy blue gorgonzola, crunchy mead jelly, apricot roll, and ovis molis cookies with corn sauce and honey vinegar.

He revolutionized the Ascanio Brozzetti room with a box of kale, beet and spinach. “At Le Calandre we look at the dessert on the plate with the vision of a chef. It is this approach that has made me stay all these years there, in a place where the kitchen and the bakery do not have barriers “, explained the baker from Umbria, who makes meringue of kale with chickpeas, uses a beet chocolate ganache and dish with spinach and mint sorbet.

Gianluca Fusto put the final touch to the sweet session in Identità Golose. The Italian presented RitrAtto, a “tribute to the master pastry chef Corrado Assenza, of which I tried a Ragusa millefeuille with honey passing through the Valtellina in 1998”. A dessert in which he combined licorice, pears, and aged bitto reminiscent of the classic combination of cheese and pears. 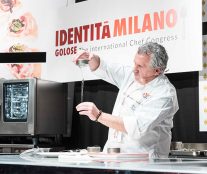 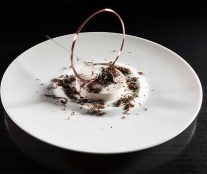 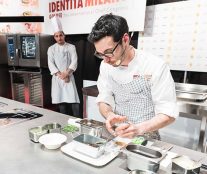 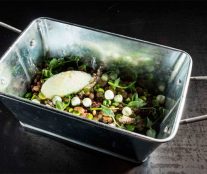 A sweet with peas by Sacchi 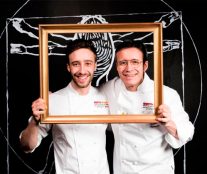 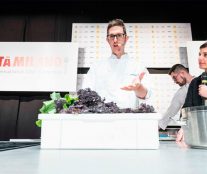 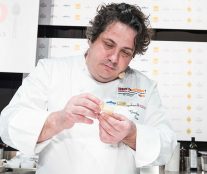 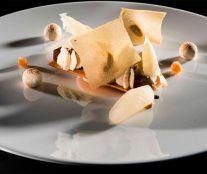 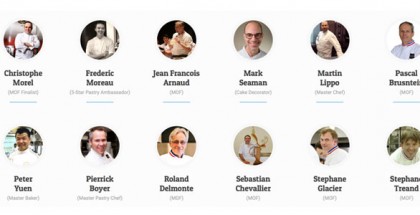 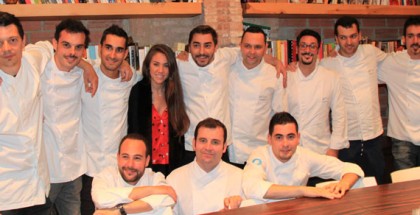