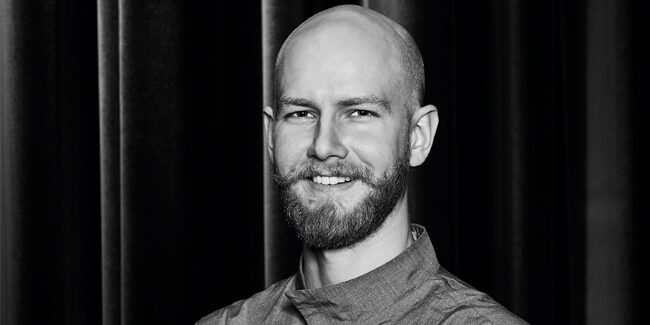 Rasmus Munk is barely 24 years old when, in 2015, he decides to open the first version of Alchemist in Copenhagen. His idea of developing a holistic gastronomic proposal, which would establish a dialogue with other non culinary disciplines, soon receives all kinds of recognition in local guides, such as the White Guide Nordic. Such is the success that just four years later Munk fulfills his dream and moves the proposal to a much more ambitious scenario that combines aesthetics, art and technology.

Now, Alchemist develops its gastronomic proposal in five acts, and a total of 50 edible and non-edible ‘impressions’ are served to a maximum of 48 diners. As Rasmus Munk and his pastry chef Mike Adelsten explain in so good #26, many dishes and the visual content of the planetarium have strong political, social and environmental messages. Plastic dumping and organ donation are some of these thought-provoking topics.

Before Alchemist, you were part of Winterspring, a project we talked about in so good #20. What did you get from that experience?

Winterspring was a dessert bar where the chefs were plating the desserts right in front of the guests. I really enjoyed the interaction with the guests in that kind of setting, and the immediate response you received when a dish was served. At Alchemist the guests are sitting at a counter for the most part of the dinner, so also here we are eye to eye with the guests when serving and presenting the food. We also do a lot to keep the service personal, so you can really get to know your guests during the evening.

How did you become part of such an ambitious project and with such personality as Alchemist? What seduces you the most about this project?

The restaurant industry in Denmark is not that big, so you always know somebody that knows someone. In my case I heard from a friend who worked for Alchemist that they were looking for a pastry chef, so I went for a chat with Rasmus and here I am.

What seduces you the most about this project?

What seduces me the most with Alchemist is the endless opportunities to learn and explore. We as chefs work side by side with so many talented people from different fields. In the house we have for example 3D animators, sound designers, performers and artists, who all can teach you something that will make you think differently.

How do you approach the sweet part of Alchemist’s menu?

It is important to us that the sweet impressions are a continuation of the rest of the menu. It has to be connected. We try to balance the menu flavor wise, so there are some things that will comfort the guests, and some things that will challenge them. Of course we would not serve anything that we do not enjoy ourselves, but we would rather serve a dessert that not everybody will enjoy and some people will find brilliant, than something like vanilla ice cream with chocolate sauce that we know everybody will like – but does not necessarily make an impact.

How do you adapt the holistic cuisine concept to the desserts?

Like in the rest of the menu we do not just focus on the food itself. We think a lot about the presentation, plates (if it comes on a plate), temperatures, the 3D-projections in the dome and so on. An example could be our blood dessert, where we want to put focus on blood donation. We make an ice cream that is based on organic pig’s blood, where the blood replaces the properties of egg yolk. It is shaped like a drop of blood, and served on a plate that was inspired by the tiles you would usually find on the walls of hospitals. In the corner of the plate, there is a QR code that links directly to a web page where you can sign up as a blood donor. Our animators have then made 3D rendering of blood pumping around the inside of the body that is on display in the dome, while the guests are eating.

We build molds and create plates if needed and where our visual effects team gets involved if there is to be a connection to the projections in the dome.

Can you describe the creative process you follow with the desserts?

Once or twice a month we have a meeting with Rasmus around ideas and concepts for new dishes. It can be a subject we want to talk about, a product we want to explore, a technique that we would like to develop and so on. We are then five chefs that start the process of creating a framework for every dish. Then we start testing and doing tastings with Rasmus every week to see if it is going in the right direction. When we are happy with both the idea and the direction of the flavors we engage our inhouse designers to discuss the presentation. This is also the stage where we build molds and create plates if needed and where our visual effects team gets involved if there is to be a connection to the projections in the dome. A lot of times the dish will start in one place and end in an unexpected way. Most dishes also evolve after they are put on the menu.

As I mentioned it is important to us that the desserts become an extension of the menu, so we are not afraid to push some buttons just because there is a bit of sugar in the dishes. We serve ants, pig’s blood and talk about child labor in the cacao industry. But we never do it just for the sake of provocation, but always to convey a message and make an impact.

We would rather serve a dessert that not everybody will enjoy and some people will find brilliant, than something like vanilla ice cream with chocolate sauce that we know everybody will like – but does not necessarily make an impact.

Dicover these recipes by The Alchemist team in so good #26 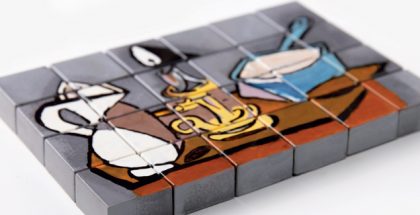 Richard Hawke: ‘We don’t get taught how to really understand the ingredi... May 23, 2019 | Luis Concepción 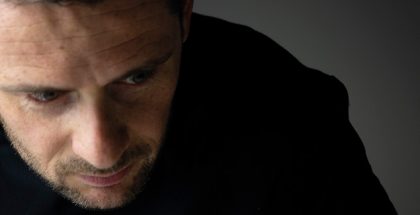