Michalak implements his “pâtisserie de demain” in his first establishment

“It’s tomorrow’s pastry as I imagine it: lighter, less fat, less gelatinous, focusing on taste and effectiveness,” summarizes Christophe Michalak (so good #8, so good #4, so good #2) about his new shop in the Marais district in Paris, opened last October 6. This has been this exemplary pastry chef’s discourse for years, and which can now be enjoyed in an establishment which specializes in large cakes and fresh custom products in order to create sweet gourmand pleasure according to current consumer’s concerns.

Among all if his products, the ones of a larger format stand out, split between KLASSIKS, where there is no lack of strudel, lemon tart, pablova … and the Cakes in the form of small almond pastries (calissons) and in which there is no shortage of classic flavors like chocolate, citrus fruits or maple syrup. He completes his repertoire with salted butter caramel and delicious proposals based on brownie cookies (Koonies), guimauves (Kalin), roudoudous (Roukoukous), and a dessert in glass especially low in fat and gelatin (Bar à Kosmiks).

The shop meets the casual aesthetic to which the French chef had consumers accustomed to with his school, his website, and his pate-choux food truck. A lot of white with touches of steel and the youthful image and logo graphics. In short, a new temple to add to the already large list of Parisian patisseries. 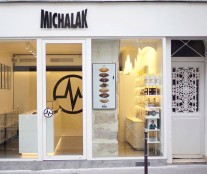 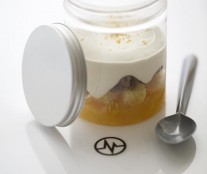 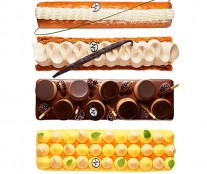 Ryon and Ménard create a collection of neoclassical vacherins 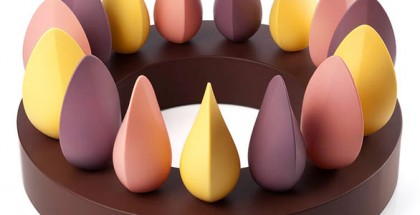 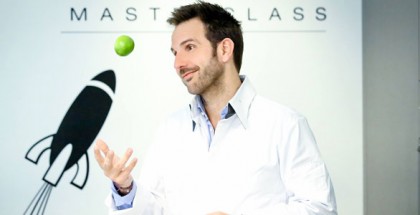