The historical Maison Dalloyau, which dates back to Louis 14th’s times and embodies glamour and the art de vivre ‘à la manière française’. A real empire of sweets and excellence consisting of three dozens of stores scattered about the French capital city and other places in the globe. This is a living legend which combines the legacy of mythic recipes such as Saint Honoré or Opera and the passion for the trade de Jérémy del Val, pastry chef, Nicholas Boucher, executive chef pastry, y Johan Giacchetti, chocolatier chef.

It has been more than 300 years of history in which sweets and elegance have always been present, as well as talent and leadership. A rich, varied heritage which has the typically French distinction of the Colbert Committee, an institution which gathers the standards that best symbolize the identity of luxury à la française. But this is just a part of it; their constant search for excellence and their three-century tradition have allowed them to be honored with the ‘Enterprise du Patrimoine’ hallmark as well as to become a member of the exclusive club Relais Desserts.

It all started at the Court of Versailles

The origin of Dalloyau dates back to 1682 when Louis XIV moved to Versailles with the court. At a dinner, he discovered the talent of Charles Dalloyau, who officiated as a baker for the Prince of Condé at the Chantilly Castle, and appointed him baker of the Court. This saga began with Charles, although it was with his brother Mathurin and his sons, at the service of the young queen of France, Marie Leczynska, that the reputation of the family in Versailles was confirmed. 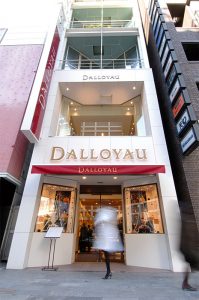 In 1949 Cyriaque Gavillon bought Dalloyau. A new generation began this way. Descendant of recognized pastry chefs and cooks, the modernization of the house began. Very attentive to the needs of the time, he created sugar decorations for film sets and launched the first cookery features in “ELLE” magazine with Mapie de Toulouse Lautrec. In addition, he invented the legendary dessert The Opera.

The avant-garde character of Dalloyau was strengthened with the daughter of Cyriaque, Nadine Gavillon, who asked the chefs to lighten the alcohol of the recipes, desucrage from the menu, and was the first to understand the importance of Asia in this world. An intuition that was confirmed in 1982 with the opening of a store in Tokyo, making Dalloyau the first House of Gastronomy present in Japan.

Since July 2015, the only shareholder of Grupo Dalloyau is the Perceva investment fund. With more than 100,000 visitors a month through its 39 boutiques in France and around the world (with 22 shops in Japan), Dalloyau intends to pursue its pace of expansion and openings.

Located in Colombes, in the Hauts-de-Seine, some 400 people gather today in a 6,000 m2 laboratory with the same objective: to create Dalloyau’s new future iconic recipes.

Master chefs and bakers, pastry chefs, and chocolatiers, confectioners, and ice cream makers invent 600 new recipes every year. Here everything is transmitted from generation to generation, from the oldest to the youngest: stew, pocher, feuilleter, etc. A formula that works if you start to review the large number of MOFs that have passed through this temple.

In the field of pastry, the house currently has young and promising chefs Jérémy del Val, Champion de France du Dessert 2014, and Nicolas Boucher, MOF 2015. Furthermore, Yann Brys has been the Pastry and Chocolate Creative Manager of Dayollau for several years, until 2017. 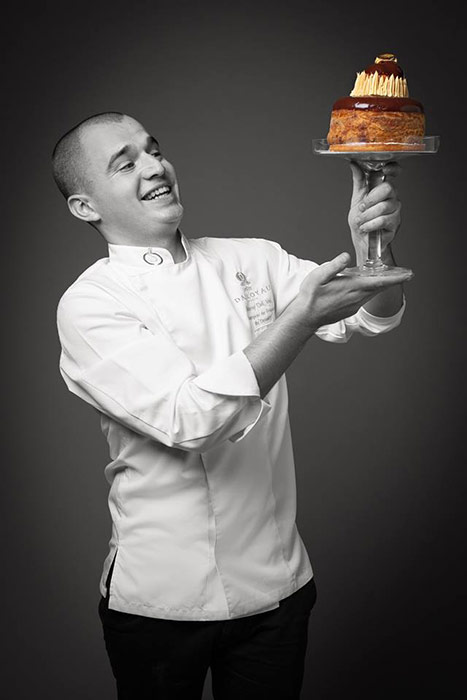 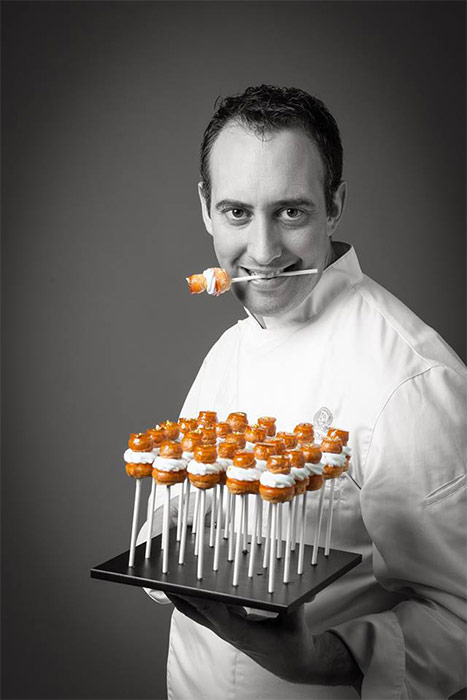 Excellence and quality are the leitmotiv of the catalog of products from Maison Dalloyau. Inside, we find five mythical pieces that have been invented or reinterpreted by the talents of the house. 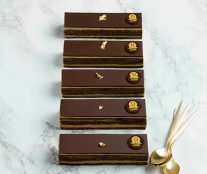 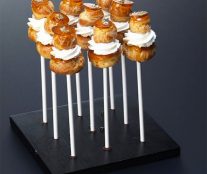 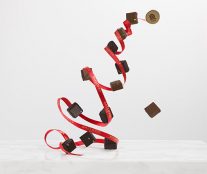 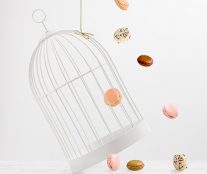 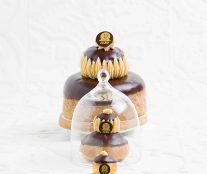 A historic house that does not reject being updated. A good example of this is the launch in 2011 of an e-commerce site that allows the delivery of most of Dalloyau’s product offer anywhere in France.

It is planned to design the website in 2018 with the aim of achieving three objectives: modernize its image, triple the turnover for 2020, and homogenise the brand throughout France. Also, the packaging is evolving to be in accordance with the new graphic identity. Gold, black, and white are now the three reference colors. 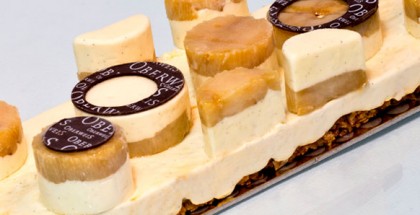 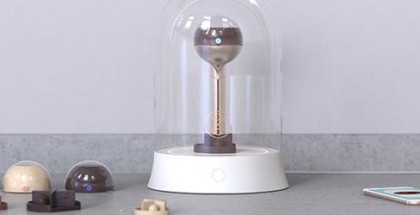