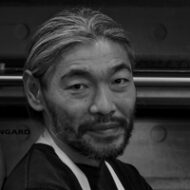 After working at Hilton Tokyo Odaiba (formerly Hotel Nikko Tokyo), Yohei Nakayama moved to France to work as an apprentice for Patrick Chevallot in Haute-Savoie and Arnaud Delmontel in Paris. Back in Japan, this award-winning chef expanded his experience at Ginza Karaku and Le R Cinq in Tokyo until he opened his own patisserie, Eclat des Jours, in 2014, which is a landmark in the city. In 2020, he opened his second store in Toyosu.

This is the most recent chef.