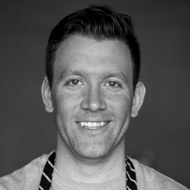 He is the executive pastry chef at the Langham Hotel in Chicago, responsible for the culinary blog Devil’s Food Kitchen, a member of the American team at the 2015 Pastry World Cup (bronze medal), and yet we were not able to fully profile one of the most restless, versatile, and perfectionistic professionals of the current American scene. He equally manages an artistic vocation with fine arts and an interest in technique. This is what allows him to materialize with the utmost rigor and precision, not only every idea born of his creative restlessness, but also the possibility of adapting it to the reality of a hotel with different gastronomic offerings (restaurant, breakfast buffet, afternoon tea, amenities, etc.). In short, he has gained our interest in different appearances in the magazine because he is one of those figures that contributes to making pastry something which is in constant evolution.

Achieving lovely results that are also well-balanced in the combination of flavors, textures and intensities, but above all feasibly integrated in specific menus or services 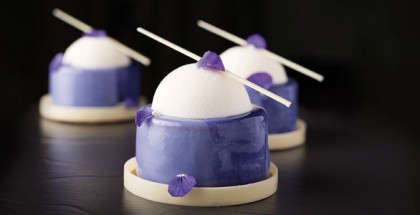 Scott Green: “I am pushing myself to do more with less” So good 19, the festival of styles Kévin Clémenceau wins the AUI Pastry CUP 2017 10 colorful desserts for a summer full of flavor The AUI Pastry Cup returns with recharged batteries 21 Easter Eggs to dream about 11 + 3 desserts that will make you want to celebrate Valentine’s Day