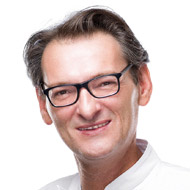 Despite dying prematurely in 2017 at the age of 49, Laurent Jeannin will be remembered for his great talent when it comes to finding a difficult and elegant balance between the majestic and content. In his desserts for Epicure, under the orders of MOF chef Eric Frechon, he sought to give visual replica to the spectacular and luxurious restaurant and at the same time lighten and update each recipe. His long career starts at the age of 15 at the pastry shop, Valade, in Cusset. Between 1986 and 1989 he became part of the team of pastry chefs of the emblematic Fauchon, learning from teachers like Pierre Hermé and Christophe Felder. Another great professional experience was being part of the pastry station of hotels such as Crillon or George V. Prior to leading Epicure’s sweet proposals, Laurent Jeannin also worked as a consultant in Japan for six years.

Firstly, I try to conquer the customer through sight, following later with flavor. It is difficult to quantify how important the presentation is to the emotions generated by a dessert. The taste is obviously the most important, but this must be aroused through the eyes. 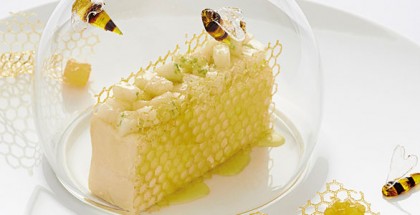 The content with most views on the website of So good .. 2017 21 Easter Eggs to dream about A white and snowy Christmas with Laurent Jeannin in Le Bristol