This year the Asia’s Best Pastry Chef award, sponsored by Valrhona, has been won by a Frenchman: Nicolas Lambert, pastry chef since 2015 of Caprice at the Four Seasons Hotel Hong Kong and one of the protagonists of so good #19. A professional for which William Drew, Group Editor of Asia’s 50 Best Restaurants, only has nice words: “his cutting-edge creations are truly inspirational. His delicate desserts reveal his meticulous attention to detail, his passion for perfection, and his innate mastery of flavor combinations. ”

Born in a family of pastry chefs in Epinal, at only 21 years old he triumphed at the Festival des Croquembouches competition, becoming the youngest chef to receive the award. Taking advantage of his initial success, Lambert was named pastry commis in Pâtisserie Sébastien Bouillet in Lyon. Later he worked with Christophe Michalak at the Hôtel Plaza Athénée in Paris, where he supervised the desserts menu of the illustrious hotel and the legendary afternoon tea. Now, in the Caprice, he creates pieces like Raspberry (photo on the cover) that reflects his style when playing with the structural possibilities of seasonal fruits, sugar, egg whites, flour, and chocolate.

With almost 100,000 followers on Instagram, he has achieved a cult following that goes beyond Asia and France. With this new recognition, in which he succeeds Kazutoshi Narita, his demand for desserts will surely increase.

Creativity was at the forefront of C3 North American Finals... October 30, 2017 | Lisa Shames 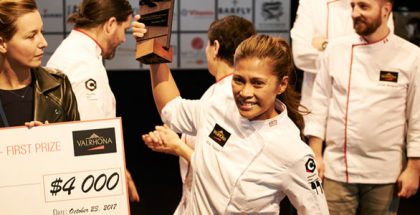 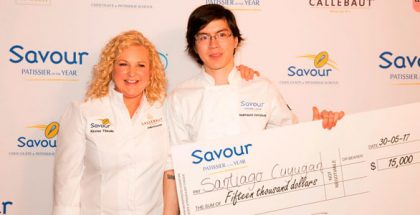