Asia’s Best Pastry Chef 2017 has gone to Kazutoshi Narita, who has been pastry chef of Esquisse since 2012  in the heart of Tokyo’s swish Ginza district, to produce the gorgeous desserts that round off each memorable meal of modern French cuisine.

The Japanese chef has trained with greats like Pierre Hermé and Tateru Yoshino, but it was his association with Joël Robuchon that propelled him to prominence.

Since March 2016, he has been in charge of his own dedicated dessert counter, Esquisse Cinq, and is responsible for supervising the sweets in Argile, Esquisse’s new second restaurant where his deconstructed tatin cake is already a classic.

Some of the sweets are based on traditional recipes and there is always soufflé on the menu. Others are their own original creations, often with a seasonal emphasis.

In the previous edition, the prestigious award went to Cheryl Koh from Singapore.

John Cook shines in a revamped US Pastry Competition 2017 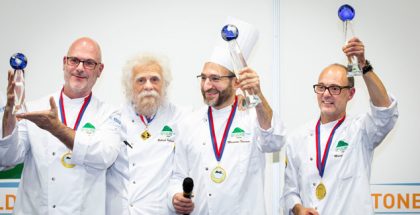 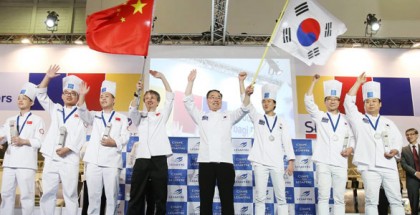