so good.. magazine > Pastry Blog & News > Pastry Chef Articles > Philippe Conticini: ‘Now my creativity is less noticeable – it is appreciated when you eat my products.’
No Comments

Philippe Conticini: ‘Now my creativity is less noticeable – it is appreciated when you eat my products.’ 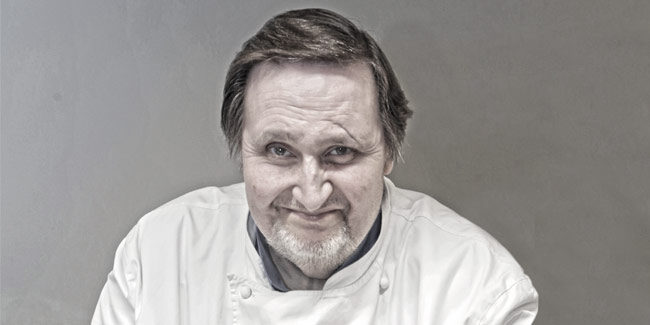 We went to L’Atelier in Barcelona and met the great Philippe Conticini giving a masterclass organized by Pastry BCN. We reviewed at so good #28 the vast trajectory of one of the great masters of the current French pâtisserie. His stores, opened just five years ago and scattered in Paris, London and Japan, showcase simple and classically inspired products. After 40 years of career, the Parisian chef assures that his creativity is more mature, less visible in terms of presence, but more profound in terms of taste. From the fat in an egg yolk to the amount of water in the skin of a nut, everything is subjected to analysis in his simple but far from simple elaborations.

What is left of the Conticini that started 40 years ago?

Everything has changed. I started as an apprentice at 17 and at my first important job I was 23. Now I’m 58. Only one thing remains: my creativity. But now my creativity is more mature, much more mature. When I started I was like a creative freak. Technically I didn’t master what I master now. What experience has given me is irreplaceable. A young MOF can have impeccable technique, but he would still lack experience. We see young people displaying their talent on TV shows with amazing creativity, but when I taste their dishes they don’t give me any excitement. They still need to mature.

‘I don’t just remove the sugar as other chefs do. What I do is adjust and rebalance it as if it were a seasoning. It’s the same as when you season a steak with fleur de sel.’

What have you learned along the way?

I had a teacher when I started, his name is Patrice Gueremonprez. I recently met him again and he told me something incredible: ‘when I met you, you were 17 years old and you were completely west (which means that I had my head somewhere else), you were just an apprentice but you already had a bubbling creativity, you wanted to change the world’… And then he went on to say, ‘but you followed your heart, you built a path with all that madness and you succeeded’. The truth is that I was very moved by his words, it gave me goose bumps.

How have your creations changed?

Before, I could mix 20 or 25 flavors in a verrine and it was very good. Now, and since 2009, my creativity is less noticeable, but it is appreciated it when you eat my products. I no longer place 25 flavors in a verrine, I put two, three, one, four… it is much clearer and understandable in terms of taste. Before my time at Pâtisserie des Rêves, everyone admired my creativity, but they didn’t understand it, they said it was beautiful but they couldn’t understand it. It didn’t matter whether I was in Paris, London or New York. And I got tired of this. So since then I make classic things, with one, two or three flavors at the most. But I have no rules. I do things as I understand them in each moment. My real purpose is to create an emotion, that’s the most complicated thing. During this masterclass we have been talking about this for more than a day. We didn’t just focus on the word emotion, but on a whole reflection matured over 40 years. It is not only about getting a sensation, i.e. a pleasure, but also an emotion. That is what I try to convey to my students during the masterclass, how to move from one state to the other.

We are dealing with techniques that are simple, but that are linked to a philosophy of a flavor, of a taste, of how it lingers in the mouth, and therein lies the pleasure, and the emotion…

You have talked for a long time about a single product – the praliné. What is so special about it?

It’s not just developing a recipe, there is a reflection within each elaboration. Because there is an explanation for each step, for everything. We are dealing with techniques that are simple, but that are linked to a philosophy of a flavor, of a taste, of how it lingers in the mouth, and therein lies the pleasure, and the emotion… For example, when you use an egg yolk, it is important to know what happens with the water contained in the yolk, with the protein and with the fat, what each of these elements will be used for in, for example, a sponge cake. Or when we talk about praliné. Everyone in the masterclass knew how to make a praliné, so I told them we were going to make it together. And before we started we were already talking about the product for more than 10 minutes. We made the recipe I created in 2009 for the Paris Brest at Pâtisserie des Rêves, with 60% nut. The recipe is the same, but the reflection and the way of thinking have been changing in such a way that the taste and its depth are not at all the same anymore. My pastry is very contemporary, because I am constantly asking myself questions. That is my creative nature.

The recipe is the same but the result has changed?

A hazelnut has 0.5% water in its skin. I explain to my students where this water is, how we can recover it to use its molecules, to take advantage of its flavor. It is not much, 0.5%, but I use it. And I explain to them that there is an osmosis between that water, the nut and the sugar. And I give them the example of tarte tatin, which is not really an apple tart, or sugar or butter, it is a tarte tatin-flavored tart, where by the way there is also an osmosis. And the same thing happens with praliné… Wanting to go so far with each of the elements of a recipe is what makes the resulting flavor change. I get a new, more developed flavor with the same product. If you know the exact stage, the exact moment and the right temperature at which you perform an operation, you get a much more delicate and elegant flavor with the same product.

Has concern for health or the environment influenced your creative philosophy?

I integrate it into my philosophy when I feel like it. The proof is that I have even made a pastry book with no added sugar, showing for example a meringue with reduced grape juice. I don’t just remove the sugar as other chefs do. What I do is adjust and rebalance it as if it were a seasoning. It’s the same as when you season a steak with fleur de sel. That salt is important, it’s all about balance, but it’s still about emotion. And it’s the same with sugar. Because there are cases where you overdo it by reducing the sweetness, and then burn the caramel or roast the nut too much to recover the flavor. And of course, the result is not good. It is necessary to look for a balance, to remain in the ‘gourmandise pure’, and that can be achieved without being excessively sweet, on the contrary, looking for the balance between sugar, texture, continuity of the flavor in the mouth, etc.

Have you been surprised by any concept recently?

As for the concept of pastry, I would say no. There are many chefs doing new things all over the world… I don’t want to nominate anyone, new concepts and new ways of doing things come and go, but nothing that seems extraordinary to me. Well, modern, tasty, but not extraordinary. What does surprise me is the freedom to use products from all over the world, I think that is simply great. Today there is a freedom of expression like never before.

The great enzyme revolution in pastry 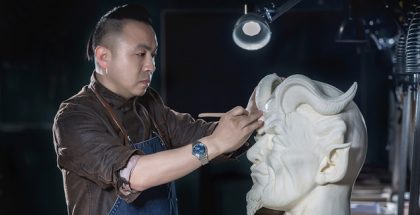 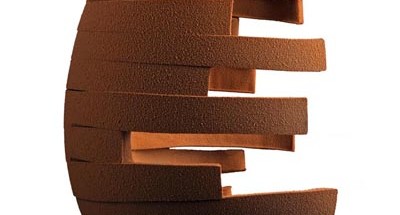