Olivier Fernandez’s ‘Bean to Bar’. Trend or just a craze?

In early 2012, Olivier Fernández, pastry chef and director of the EPGB, unveiled a simple method of creating small amounts of chocolate through a small conche. The concept “bean to bar” was not widespread at that time. The idea was and still is that each artisan, or at least those that would like, can make their own chocolate quickly and easily, contributing their own personality. The difference is that today, four years later, this concept has become a real phenomenon worldwide, to the point that we could almost speak of a trend. And like most trends, this began in the United States when individuals, mostly belonging to chocolate or pastry professions, started buying cocoa beans, making chocolate at home, and then selling it online.

The question is whether this is a phenomenon that will not just establish itself, but spread to the point that every chocolatier or bonbon maker, large or small, will make their own chocolate, or if everything will go back to normal when the media loses interest

Around the bean to bar concept, there are some who see a positive response from small cocoa producers, which can now sell part of their production directly without going through large chocolate companies. This may favor the sustainability of crop areas and improve living conditions. Others, however, see a business in which chocolate firms also take part now, selling both chocolate as well as cocoa beans.

In any case, the offer responds to a growing demand for chocolate worldwide, and a growing interest in this product, its origins, its development, its possibilities in flavors and aromas…

The question is whether this is a phenomenon that will not just establish itself, but spread to the point that every chocolatier or bonbon maker, large or small, will make their own chocolate, or if everything will go back to normal when the media loses interest.

In any case, and to do it justice, it is necessary to say that one of the first informative experiences in Spain starred Olivier Fernandez through Dulcypas, as we have stated.

The machine, known as a conche, is of extreme simplicity. It has a container with two rotating rollers which rotate on a central axis. The rotation speed can be controlled manually during the grinding of the ingredients, and friction occurs at a temperature of 55ºC.

In Dulcypas # 441 chef Olivier suggests a formula of making chocolate. A basic recipe would be the result of mixing 4,584 g of roasted, peeled cocoa beans, and 3,056 g of sugar. The manufacturing process and obtaining the final chocolate can take between 6 and 8 hours. This small-scale manufacturing offers interesting possibilities in terms of creativity and personalization of an artisan product, from the percentage of sweetness that we want to reach, to the addition of other aromatic elements such as herbs, spices …

Olivier Férnandez now shows us some new features focused especially on the final presentation of the product. On the occasion of the celebration of the Master in Chocolate 2016 in EPGB, Fernandez thought about offering a gift to all the participants. He first designed a simple but very special mold, since it allows integrating two different chocolates into the same bar. Then he created the packaging and identified the origin of each of the manufactured chocolates (Peru, Mexico, Ecuador). And finally a special box for three bars (three origins) with an elegant and fine design. 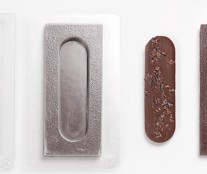 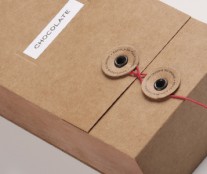 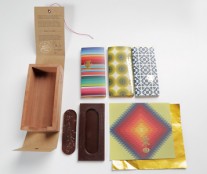 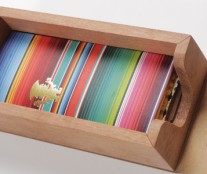 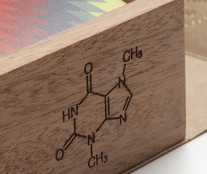 Bachour Bakery and Bistro kicks off 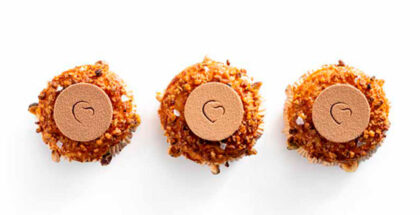 Pablo Baracat: ‘A photo must induce in people a connection between what they... July 28, 2020 | Fernando Toda 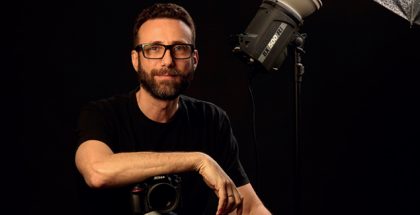