The OC’OO ways at Disfrutar Restaurant

In a recent interview, Ferran Adrià wondered what some of the authentically creative restaurants around at the moment are: meaning those that are setting trends and are working to find new expressive and technical ways of cooking. Of course, we did not reveal any names, but in our opinion, the restaurant Disfrutar in Barcelona could very well be considered one of the most outstanding centers of culinary creativity that exist around the world. Captained by Oriol Castro, Eduard Xatruch and Mateu Casañas (three former executive chefs at elBulli), this restaurant has a fixed eye on the unexplored. Thanks to this, these three chefs have been able to take the OC’OO, a domestic machine from Korea, and glimpse into a new world of gastronomic possibilities, including pastry.

The Disfrutar lab in the basement

In the basement under the restaurant, there is not only the winery and the production kitchen of Disfrutar, but there is also a special area dedicated to creativity and to archiving books, recipes, and tableware. It is in this area that we met with one of the members of the team researching the available bibliography, only in Korean, about the OC’OO machine, a tool that has entered the restaurant with a great force.

Oriol Castro explains that the first machine was a gift from the Korean company Sempio Foods. ‘We received it three years ago. We had a Korean employee and he used it, but when he left we stopped using the machine. In addition, everything coincided with the start-up of the restaurant. After two years we started working with it again. We were shocked by the results that we were able to obtain. From there, we started to do tests with many different products: vegetables, fruits…’ They did all of this work without any kind of references. ‘It has to be said that there are other great chefs in Spain who also had this machine. We were not the first ones to use it, but we may be the ones who have worked with it the most by investigating in all of the potential it can have.’ 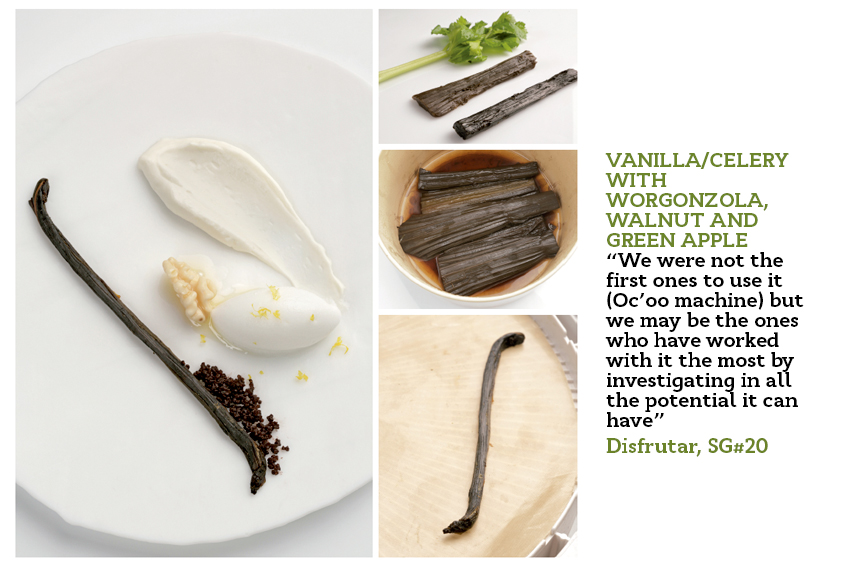 The machine, which is widely implemented in Korean homes, allows you to combine pressure cooking with low temperature cooking. All of this with stable parameters and remaining very controlled, without letting the steam escape that is usually generated while cooking. It has no less than 14 programs, and each of them can reach from fermenting, to confit, macerations, stews, legumes, soups, reductions, or steam baths. As Oriol Castro explains, ‘until now we have primarily focused on a couple of programs, which we call ‘Aged Egg’ and ‘caramelization’, but each program gives us a wide range of possibilities. Now we are in the process of learning about each function, understanding what it does and how it works, in order to evolve.’ 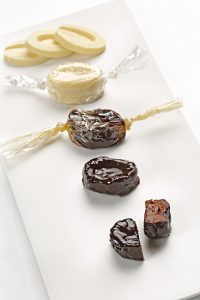 Because Oriol, Eduard and Mateu are not satisfied by only obtaining excellent results, they want to go further and deepen the causes that have led them there. As they explained, the OC’OO works with pressure and with temperature: ‘the machine can reach anywhere from 40ºC to 95ºC more or less, although due to pressure, this temperature can rise slightly.’

Another one of the culinary possibilities that the machine has to offer comes from the liquids that the ingredients give off. And, as the chefs pointed out, in the absence of evaporation, a very interesting juice extraction is created.

Oriol Castro also pointed out the healthy virtues of the OC’OO, one of the reasons why this machine is widely used in South Korea. Among these virtues, the possibility of not adding fat or the fact that Maillard reaction is avoided.

Encouraged by the potential of the OC’OO, the Disfrutar team (special mentions to the executive chef Nil Dulcet), are also running tests that will transcend what is properly haute cuisine, thinking about the implementation of the appliance in domestic reality: ‘You have to explore what can be done. For now, what we are doing is learning, breaking down, and acquiring knowledge. But the advantages for the day to day use of this machine in the home are evident. You can leave anything cooking under control and at a low temperature.’ In fact, that is precisely what they do at Disfrutar, programming the machines so that throughout the night the processes are being performed. 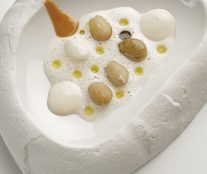 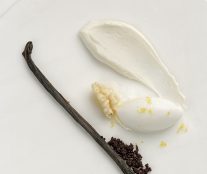 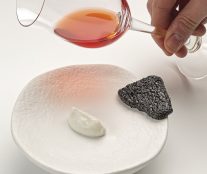 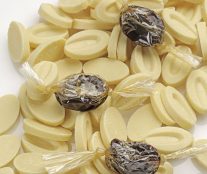 Antonio Bachour and Carles Mampel, together at T Dessert in Beijing 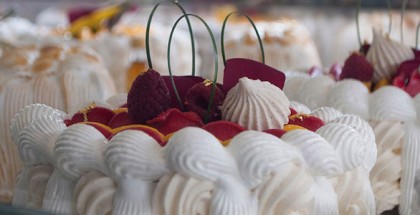 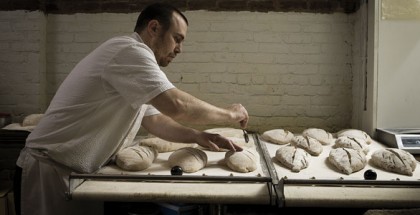