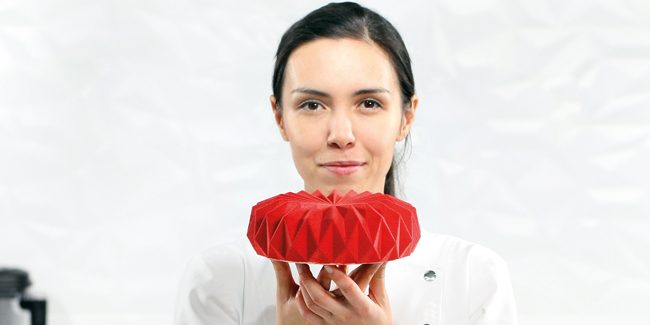 As the professional artisan patisserie has been refining and taking its place in the noble club of gastronomic arts, some of its more traditional symbols have been abandoned, such as the so-called multi-tier cakes, a true center of attention in all kinds of celebrations. These spectacular montages have lost their glamor and majesty after being the subject of events, competitions and TV shows of dubious taste. The popular architect and pastry chef Dinara Kasko returns to the pages of so good.. magazine to show us her particular vision of this type of cake, based on her great understanding of art and design. Her creations were also the center of a recent exhibition at the Metropolitan Museum of New York. The author herself tells us the details of her two new works: the Versailles palace and the geometric and Islamic Girih. Two styles and two stories with art and pastry as a common denominator.

For this issue of so good.. magazine, I have created two new 3-tier cakes. A multi-tier cake is not something new, for sure. It’s a composition of multiple mousse cakes made using metal pastry rings and then put together. But in my case, I had to make cakes using silicone molds, and we had to deal with certain technical difficulties to create the molds and assemble the cakes. As the cakes were so big, we made special stands that would help us in assembling them. To freeze the cakes well, we even had to use dry ice.

To create the relief of the cake, I used the motives that I found in the bas-relief of a castle of Versailles.

I got a proposal to work on a project for the Metropolitan Museum in New York that would reflect my ideology of cake creating and my architectural approaches to it and to represent it at the event “Feast of Versailles”. The event organizers gave all the pastry chefs that took part in the event a lot of materials devoted to the food and culture of Versailles. In the 17th – 18th centuries, in Versailles, it was traditional and quite popular to make multi-scale pyramids out of food – it could be fruits, cakes, or just regular meals. Inspired by this idea, I decided to create a multi-tier cake. To create the relief of the cake, I used the motives that I found in the bas-relief of a castle of Versailles. The decoration of this cake is not just regular berries and bows – these are real bas-reliefs in rooms that I was trying to represent. One of the main goals was also to resemble the taste that was common for the 17th – 18th centuries, so I used berries, marzipan, roses, vanilla, cream etc. – the ingredients that could be found at that time, and it was one of the challenges I faced creating such a cake.

For now, this is the largest cake mold I have ever created. The weight of the final product, the cake, was 15 kilograms

The cake looks so minimalist, but it is with rich flavor and interesting color inside. For now, this is the largest cake mold I have ever created. The weight of the final product, the cake, was 15 kilograms. It took me about 1.5 months to model, print, and then cast the silicone mold. There were definitely certain technical challenges I had to deal with during this process, and one of them is the size – the mold was supposed to be quite large and it took a lot of time to produce it. But the results were worth our efforts – the event at the Metropolitan Museum went very well. There were 5 pastry chefs that took part in this event and had to make a certain creation that would represent Versailles, and I was one of them. The visitors were quite excited to see me cutting this cake, and it really was an affecting part of this presentation as a lot of people could not believe that it was a cake – something edible.

I didn’t stop at one cake and continued creating new ones as they are such a good fit for a great holiday. Recently I received an offer to open my own Dinara Kasko Pastry Art cafe in Qatar, Doha. Especially for this bakery I am developing new molds in Arabic style. Being in Doha, I was inspired by the number of different ornaments of incredible patterns. They look very geometric and stylish. For my molds, I chose one of the most common Islamic oriental ornament, which can be found in Qatar very often. A complex pattern formed by multiple overlapping of each other geometric shapes-lines, polygons and a circle. Girih looks like an extremely complex mathematically verified grid. Girih patterns are very likely to be all over the walls of some Islamic architectures. The repetitive patterns of Girih are capable of expanding in every direction, thus Girih has an indefinite nature. This characteristic resembles Muslims’ belief that the human being, who is not the measure of the world, can never comprehend the “infinite meaning of the world” created by the un-definable god.

For my molds, I chose one of the most common Islamic oriental ornament, a complex pattern formed by multiple overlapping of each other geometric shapes-lines, polygons and a circle

I have created several individual molds in the Arabic style and recipes with Qatari touch for this pastry cafe. In this case, the cake consists of a sponge cake with saffron and candied orange, orange confit, crème brûlée saffron and saffron mousse.

Using such a large shape is convenient for big events. The shape of the cake is already decoration. At the same time, you can play with colors, tastes and each time add some interesting.

Discover the Versailles recipes by Dinara Kasko in sogood #23 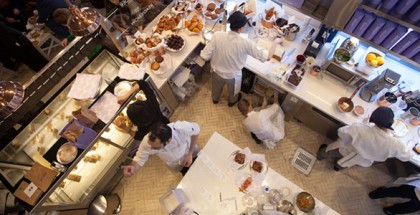 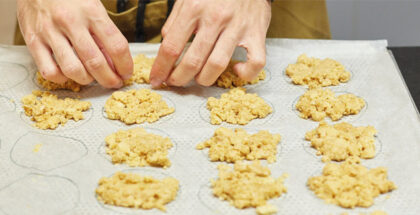