The French Pastry School of Kennedy-King College at City Colleges of Chicago organized a great celebration to celebrate its 20th anniversary last August 24, attended by guests of honor like Susan Morrison, the Executive Pastry Chef at the White House; Susana Mendoza, the Chicago City Clerk; Vincent Floreani, the Consul General of France in Chicago; Jean-Jacques Dietrich, Honorary President of the Académie Culinaire de France; Philippe Urraca, the President of Meilleurs Ouvrier in France, and Hervé de la Vauvre, the President of the Alliance Française de Chicago.

Vincent Floreani welcomed the more than 350 guests and congratulated the founders of the school, Sébastien Canonne and Jacquy Pfeiffer, for their hard work as the heads of this school who, as he himself says “help me in one of my priorities to further the links and mutual understanding between France and the US “. Also, Jean-Jacques Dietrih and Philippe Urraca stressed how the chef’s dedication, knowledge and meticulous instruction continue to turn out the best pastry professionals in the business.

The big moment of the evening was the presentation of the award to MOF and co-founder of the school, Sébastien Canonne, as a Knight of the Legion of Honor, the highest decoration a civilian can receive from the country of France granted by the French President. “It is an incredible honor for me to accept his award, this recognition from my home country, and I will certainly do all I can to make sure it is not an achievement, but a continuation and a clear recognition of doing and share more with others”, he expressed emotionally when he receive the medal. 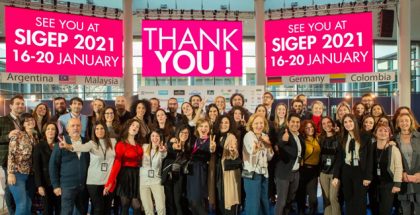 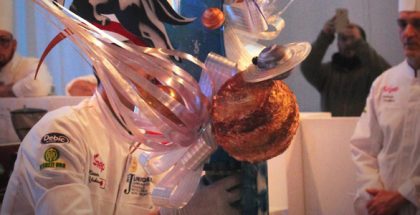