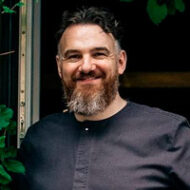 After studying in illustrious places such as the Centre de Formation Alain Ducasse in Paris and the Culinary Institute of America in New York, René Frank has developed an extensive and enriching professional career not only in three-Michelin-starred restaurants such as Akelarre (San Sebastián), Georges Blanc (France), or Nihonryori RyuGin (Tokyo), but also alongside prestigious chocolatiers such as Oriol Balaguer in Barcelona.

From 2010 to 2016, the German chef served as Head Pastry Chef at the three-starred La Vie, in Osnabrück, and then opened Coda, a restaurant specializing in desserts that is now on its second star.

Awarded by the 50 Best as the Best Pastry Chef in the World in 2022, Frank has outstanding awards on his resumé.

“When you look at a dessert you need to see it always in its context. When is it supposed to be eaten?” 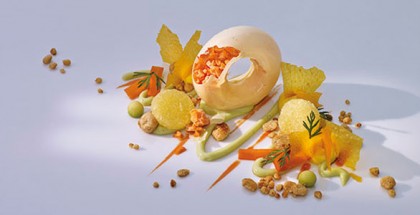