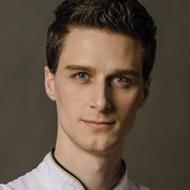 Alexis, originally from Les Sables-d’Olonne (France), probably has the record for the earliest calling for his vocation. At just five years old, his grandmother taught him and his twin brother Manuel how to bake his first chocolate cake, and from that moment he told himself that he would like to be a successful pastry chef. Said and done. Years later, with the BTM pastry diploma in his pocket, he only had in mind to go to Paris, and he did it with the help of Christophe Michalak, one of his most outstanding mentors, in the Plaza Athénée Hotel. Throughout his great career, he has also worked in Taipei with big names like Frank Haasnoot and Yannick Alléno. He is currently a pastry consultant for the entire Asian Pacific Area.

In all his creations, Bouillet demonstrates personality, style, and great mastery using the piping bag and the spatula.

“Colorful desserts seem really attractive, but how to make them natural, tasty and beautiful at the same time is the most difficult task for everyone” 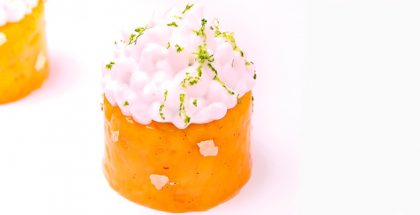