so good.. magazine > Pastry Blog & News > Pastry Suppliers > Juan Carlos Arroyave: “There is no point in producing more quantity by leaving quality aside”
No Comments

Juan Carlos Arroyave: “There is no point in producing more quantity by leaving quality aside”

Good and productive. The sustainability of a crop which is also source of richness and life entirely depends on the balance of this binomial. GranjaLuker has spent half a century doing research and seeking the best, most resistant and most profitable cacaos, as well as updating the production methods, but one of their greatest achievements is even more important than this – the persuasion and training of the local farmers, who have realized that, economically speaking, cacao is as interesting as coffee, bananas or palm trees. For Juan Carlos Arroyave, director of the farming department of this institution, quality and productivity not only do not oppose each other, but need each other.

‘There is no point in producing more quantity by leaving quality aside, or having good quality with very low profit’

How and why was GranjaLuker conceived?
The idea of creating GranjaLuker first emerged under the management of Don Arturo and Dr Jaime Restrepo Mejía in 1961 in order to stimulate and promote the cultivation of cacao in Colombia, which by more than 50% was lacking in the necessary raw material to meet the needs of the national consumption. 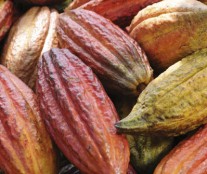 How has the world of cacao in Colombia evolved for the last fifty years?
Up to the last decade, it has been a very static process, as it always used to be promoted and exploited as a subsistence crop consigned to rural economy. In the last fifteen years though, the dynamics of development and harvesting technology in the country has taken a huge leap forward, with significant changes in the perception of cacao as a business and as a means of growth for both the national economy and chocolate agro-industry.

During the last decade, and thanks to CasaLuker’s private initiative in association with the ICA and CORPOICA (Colombian institutions for agricultural promotion), a new technology has been created which has made the cultivation of cacao profitable and competitive. These have been substantial changes represented by the improvement of the genetic resource as the base for the production of ‘Cacao Fino de Aroma’ and the development of adjustments and harvesting designs in banana, cacao and timber-yielding Agro-Industrial Systems.

For this technological change or harvesting re-engineering, research and the programs of technology transfer and training processes developed at the farm have been decisive, and therefore the average profit per acre in traditional crops can treble and aim the production criteria at differentiated markets with high industrial quality. 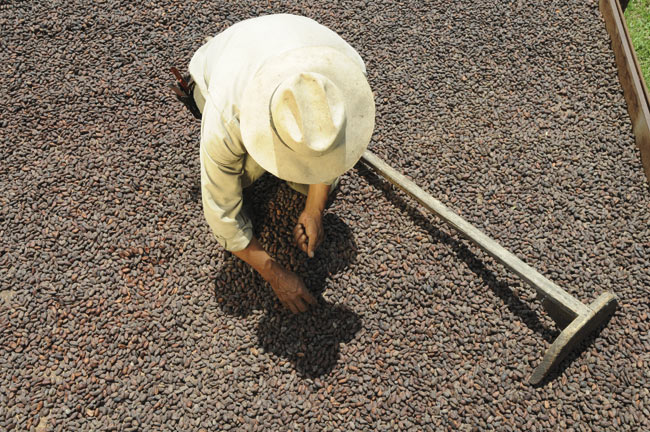 The first thing the farmers need to know is everything about the current cacao agro-forest systems which are developed with selected, top-end genetic materials and with a high productivity, associated to banana and timber-yielding crops, which altogether create highly profitable commercial exploitations.

What is the first thing which is taught to a farmer about cacao? What is the first thing to learn?
The first thing the farmers need to know is everything about the current cacao agro-forest systems which are developed with selected, top-end genetic materials and with a high productivity, associated to banana and timber-yielding crops, which altogether create highly profitable commercial exploitations.

The very first thing a farmer has to learn is to value and commit to technology for modern harvesting systems, thanks to which they will reach a high output and money incomes which can easily compete with any of the most profitable crops, such as coffee, African palm, banana, rice, livestock, etc. 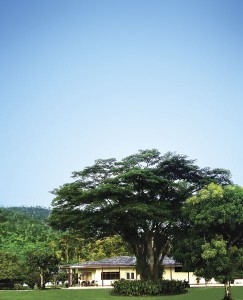 How is the best cacao distinguished or recognized? Which are its characteristics?
The best cacaos, from a farming point of view, are distinguished for being vigorous trees, with a big ability to produce large pods. From the industrial point of view, the best ones are recognized when tasting a cup due to their aroma and flavor, as well as in their performance in the transformation processes.

The best chocolate comes from high sensory quality cacao crops, after correct processing (fermentation and drying) and an industrial process which meets the market’s requirements.

How is the balance between highest output and highest quality reached in cacao? What is the main priority – quality or output?
It is simultaneously reached by a good output of the bean and good organoleptic quality. These are actually the characteristics of the genetic materials of cacao promoted in Colombia. In Casaluker, we are lucky to have a good-qualified technical team who specializes in this type of cacao (approximately 25 people in Colombia, Ecuador and Peru).

The double condition of high productivity and quality is essential. There is no point in producing more quantity by leaving quality aside, or having good quality with very low profit.

What kind of cacao does the chocolate industry demand nowadays?
The chocolate industry has started a sophistication phase, and requires a good industrial output of the bean – quality and traceability. For example, there are market branches like that of fine and gourmet chocolatiers who prefer cacaos differentiated by their high sensory qualities, their aroma and their flavor.

What are the main problems the cacao farmers have to face in Colombia? How do they receive help?
The main problems are the limited economic resources to apply these modern production technologies.

This is the reason why we started a strengthening campaign 6 years ago aimed at the producers’ organizations, who receive constant assessment so that they can access technology, loans and especial commercialization plans established by Casaluker.

Nowadays, we work hand in hand with more than 35 farmers’ associations to produce the best quality cacao possible with excellent conditions of fermentation and drying, essential to receive a higher income for each farmer and their family.

It is also worth highlighting the support of the government during the last 7 years to small cacao producers through a program by the Farming Department called ‘Productive Alliances’, which is starting to bear fruit after supplying technical resources necessary for the correct development of the cultivation. 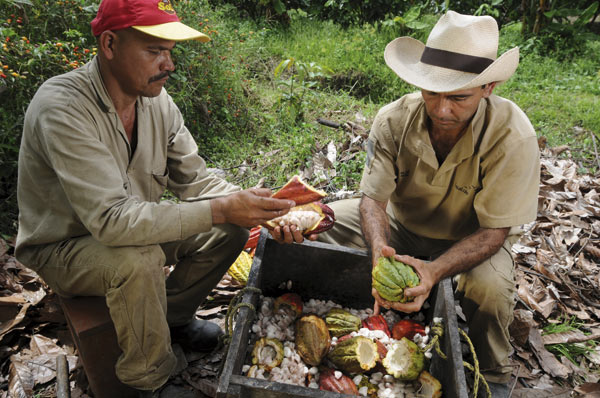 The best cacaos, from a farming point of view, are distinguished for being vigorous trees, with a big ability to produce large pods.

What important projects are being carried out at the Granja nowadays?
For the last 40 years, GranjaLuker has successfully developed research and training programs. Initially on basic research to solve phytosanitary problems for the crops such as molinia or rosellinia (common illnesses in cacao trees). For the last 20 years, a research program has been developed thanks to which the modern agro-forest systems are transforming the Colombian cacao-culture.

Nowadays, this research is continued with different tests directed to the improvement of these systems in order to make them more competitive and profitable, with a focus on the generation of high outputs which exceed 2 tons per hectare in the crops and with a management of the genetic resource creating cacaos of a high sensory performance aimed at differentiated or especial markets.

As for training, we are emphasizing the support to the associations and trade alliances with which the company has linked so that the farmers obtain a higher profit and so that they reach better quality cacaos, accentuating their commercial position in outer markets.

All this is what we call ‘The Luker Way’, a different perspective of sustainability. We are present during all the production chain, working hand in hand with the associations so that the cacao-farmers become more professional, improve their profits and their crops perform better in terms of productivity. 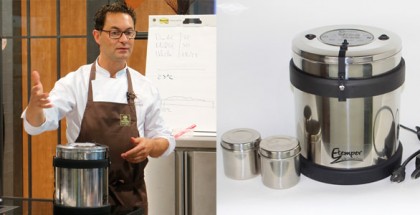 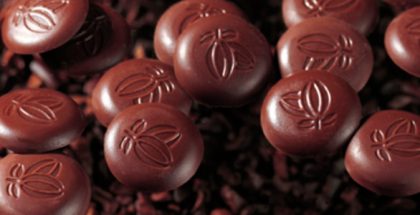