Five curiosities about the baguette in Google Arts & Culture 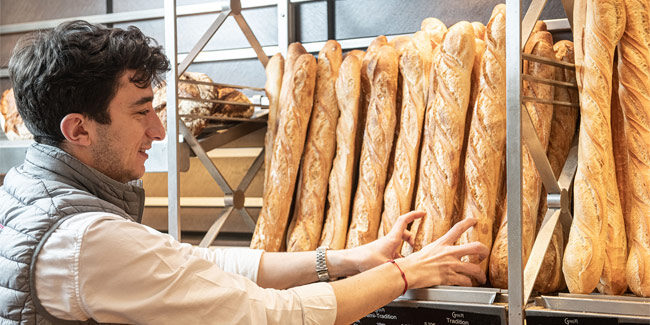 Whether for its crispy golden crust or its fluffy crumb, the baguette is the most popular type of bread in all of France. In fact, the Ministry of Culture has presented it as a candidate to be UNESCO’s intangible cultural heritage. The acceptance or not of the application will be announced this fall.

To show the process of making this loaf of bread and the legacy it leaves generation after generation, Google Arts & Culture presents La Baguette, its first digital exhibition dedicated to this French gastronomy, available in french, english and spanish. Here he gathers more than 2,000 images and 75 stories in which French bakers and artisans, gastronomic experts and historians have participated. For this project, the platform has worked with the Confédération Nationale de la Boulangerie-Pâtisserie Française, the Société nationale des Meilleurs Ouvriers de France, Le MUCEM and Intercéréales, among other partners.

Among the thematic exhibitions that are part of the collection are tips for recognizing a good baguette, zero-waste recipes, and a tour of the breads of France and the world. In addition, works of art such as Les Pains by Pablo Picasso, The Siesta by Vincent van Gogh or Les Meules by Claude Mone come home in augmented reality thanks to the technology of the Art Project digital tool. And for those who want to learn in a playful way, the “Baguette Sprint” game takes you on a journey through different regions of France to collect the ingredients to make the perfect baguette.

These are some of the curiosities about the history of the baguette that Google Arts & Culture reveals:

To this day, the origin of the baguette remains a mystery. Was it invented so that Napoleon’s troops could easily carry bread in their pockets to the battlefields? Or was it given that shape to make it easy to break bread by hand, to avoid knife fights between metro workers? What experts do agree on is that the baguette began to conquer Parisians in the 20th century.

2. 6 billion baguettes are produced every year in France

92% of French people consider that bread is an essential element in all meals. This is no surprise, since in France around 12 million people go to a bakery every day and 6 billion baguettes are produced every year.

The traditional baguette is made only with flour, water, salt, and yeast. It is a basic that can be consumed at any time of the day and, in fact, we can find it in multiple and diverse situations, from the table of the President of the Republic in the Élysée Palace to snacks for school children.

The savoir faire of the artisans who have perfected the baguette generation after generation is celebrated in competitions such as the prestigious National Competition for the Best Baguette of the French Tradition, which dictates that the winner bake the baguettes for the Élysée. Every four years, the best bakers compete in another renowned competition that bestows the highest recognition of the trade: the Meilleur ouvrier de France (MOF).

It measures between 40 and 50 cm, weighs about 250 g, and has a rather irregular shape. It stays fresh for up to 8 hours, so you have to buy it every day.

So good.., in the top five of the best pastry blogs in FeedSpot 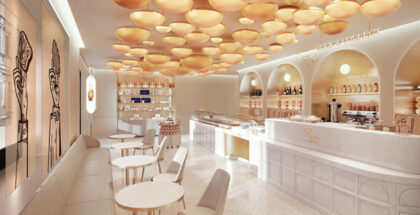 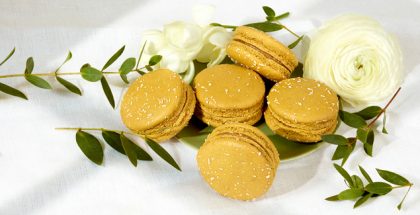