Sigep (Rimini, Italy) has again surprised us and, most importantly, the formula has worked once more. The figures speak for themselves: 201.321 visitors, 8% more than in 2015 (certified figures according to international ISO standards 25639: 2008). For the first time ever the international ice cream fair exceeds the barrier of 200,000 visitors. And historical records were also spoken of in last year’s edition, with a figure of 187,233. Therefore, more than 10,000 visitors in the new edition. It is also worth highlighting the percentage of foreign visitors, 41,122 people from 150 countries, within these figures.

With ice cream as its central argument Sigep reinforces the diversification of its exhibition space with pastry, bakery, coffee and an area dedicated to hostelry, RHEX Rimini Horeca Expo. Diversification expressed not only in the stands, since in the ample entertainment program there were numerous workshops, demonstrations and competitions of other sectors held, such as the Pastry Queen (pastry), Bread in the City (bakery) and The Star of Chocolate (chocolate making). Competitions, however, are taking a backseat to the media event par excellence, the Gelato World Cup 2016 event won by Italy, followed by Spain and Australia.

Above all, what stands out is the internationality of a trade fair that has generated a considerable amount of business once again. In the opinion of the director of Rimini Fiera, Lorenzo Cagnoni: “The signs of growth reflected in the market in recent months have been confirmed this year. Sigep is a global event”. 500 activities promoted by the fair and the companies have also been an extraordinary opportunity to participate in market trends and in the most important technological innovations, he adds.

Interest in Sigep continues to rise in its 40th edition... February 1, 2019 | Ana Rodríguez 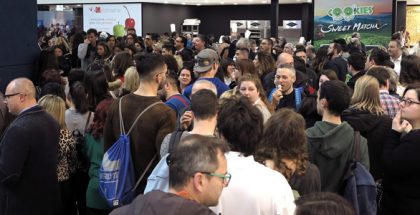 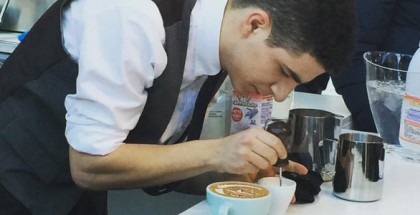