Parade of pastry competitions in Sigep 2017

As usual, Sigep 2017 will become an exciting stage for international competitions where pastry chefs, bakers, baristas, chocolatiers and ice cream makers can show their ingenuity and creativity from 21 to 25 January.

The Pastry Arena, in Hall B5, will be the scene of high-level pastry competitions. The Junior World Pastry Championship, a unique event at world level dedicated to promising under-23 youngsters; the Italian Senior Championship, in which one has the opportunity to see skills live and take note of the evolution of great master pastry chefs from Italy, and the Italian Junior Pastry Championship, where new generations will have to elaborate creations taking the world of cartoons as the starting point. Cartoons will also be the inspiration for participants in the Italian Artistic Pastry Cup, which will be held in the Pastry and Culture area located in Hall D3. And for sugar artists, the biennial Star of Sugar competition proposes creating never before seen shapes using new technologies.

Leaving the competitions aside, the Pastry & Culture forum will announce the initiative promoting world confectionery culture, which, along with Conpait and ICE, will continue in coming months and is dedicated to significant attention to demos.

Pastry students will also have their space in SIGEPGiovani, which continues to consolidate, as far as contests are concerned and on the front of training opportunities, by increasing contacts between participants, companies and great Masters for each of the product chains: pastry, gelato, bakery and coffee, with courses held during the expo. As far as pastry is concerned, SIGEP is preparing specific projects on training topics addressing young pupils from senior schools and training / hotel schools, as well as educational initiatives dedicated to focusing on other parts of the world such as the Balkans, Central and South America, and India.

Apart from the pastry contests, Sigep will also host parallel activities in other sectors. Among others, the international bakery contest Bread in the City which will be held between Ireland, Spain, Israel, Belgium, Italy, Japan, China and Switzerland; the second edition of The Ultimate Chococake Award, entirely dedicated to Belgian chocolate, and a special qualifier for German and Austrian ice cream makers in the Gelato World Tour, in which the best eight flavors will have direct access to participate in the Gelato World Tour Berlin from 9 to 11 June 2017.

Chocolate in a New Era. Sustainability, Innovation and Education 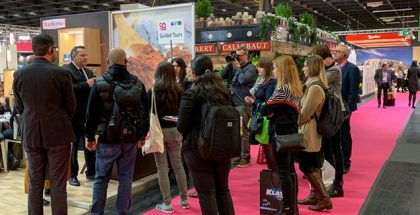 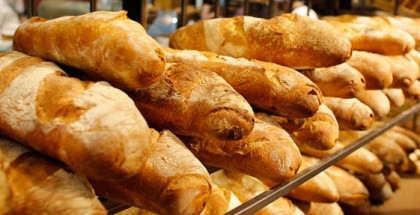