On 19 November, Olivier Bajard’s school, one of the most prestigious training centres in France, located in Perpignan, turned ten years old. And to celebrate, a very special event full of emotion was organized.

The lucky students of the class of 2015 were given their diplomas by Régis Marcon, with three Michelin stars and Bocuse d’Or International. Additionally, they were in charge of creating all of the buffet of the celebration, with the help and advice of MOF Olivier Bajard and the great chefs Franck Michel, MOF and World Pastry Champion, and Christian Segui, MOF Charcutier-Traiteur. 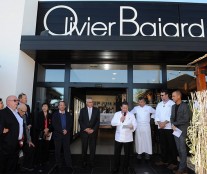 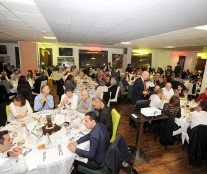 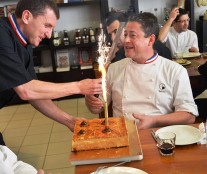 The crust pâté by Christian Segui for Olivier Bajard 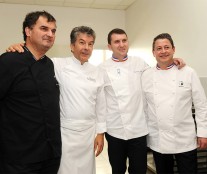 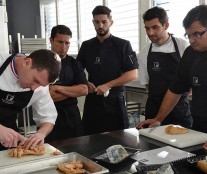 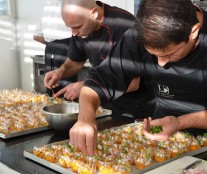 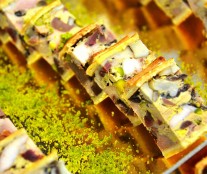 Photo of the magnific salty buffet 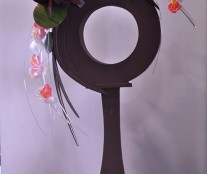 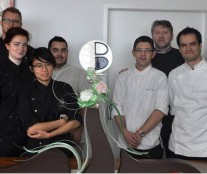 One piece of chocolate and sugar that decorated anniversary party

Food & Pastry – The Creative Show, tradition and innovation in Bologna 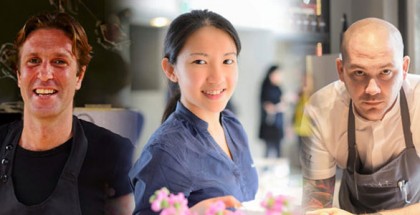 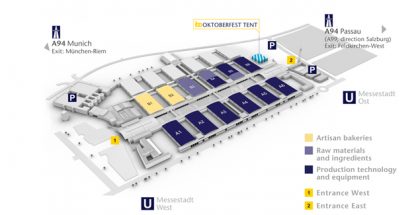