so good.. magazine > Pastry Blog & News > Pastry Events > Around 1,300 companies have confirmed their participation in Host 2017
No Comments

Around 1,300 companies have confirmed their participation in Host 2017

1,286 companies have already confirmed their presence in the 40th edition of Host, which will take place from 20 to 24 October 2017. 42% of these come from abroad, from 47 different countries. In the top ten of the most represented countries in the salon is Germany in first place with 80 companies (40% more than at the same time in 2014), followed by Spain, France, and the United States. And as new additions there are Serbia and Liechtenstein from Europe, and Egypt and South Africa stand out on the future African market.

Although the numbers are good, the organization has announced that it will develop initiatives to increase both the number of exhibitors as well as the visitors and journalists, putting an additional focus on the target areas of this edition: the U.S., Canada, and the Middle East.

Pastry will have an important place in this international fair, which is of importance in the HoReCa sector, with competitions like the reputed World Trophy of Pastry, Ice Cream and Chocolate organized by FIPGC (Federazione Internazionale Pasticceria Gelateria Cioccolateria).

Culinary trends and the future of restaurants in Sirha 2017

Sirha 2017 avalanche, a roller coaster of activities to get a feel for the sector 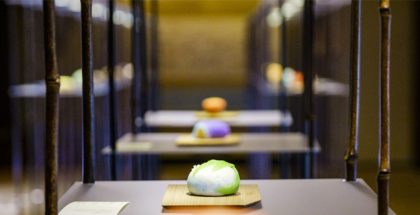 Lyon is the stage for the International meetings of Relais Desserts this spring... May 15, 2019 | Ana Rodríguez 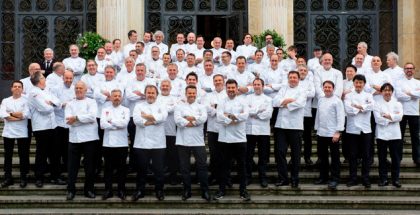