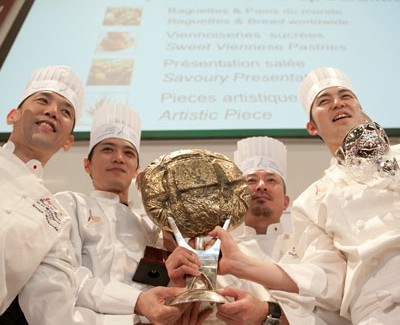 The two most remarkable competitions held during the latest Europain edition (3rd to 7th March 2012 in Paris), Mondial des Arts Sucrés (MDAS) and the Bakery World Cup, have been won by their respective Japanese teams.

On the one hand, the Mondial des Arts Sucrés seems to have shown symptoms of consolidation after its third edition. This high-difficulty contest, intended for mixed groups, has achieved an outstanding participation of up to 16 different countries. Despite missing the attendance of important finalists like Italy, Belgium or Spain, the competition level and the spectacular nature of the pieces shown were some of the best values of the contest. 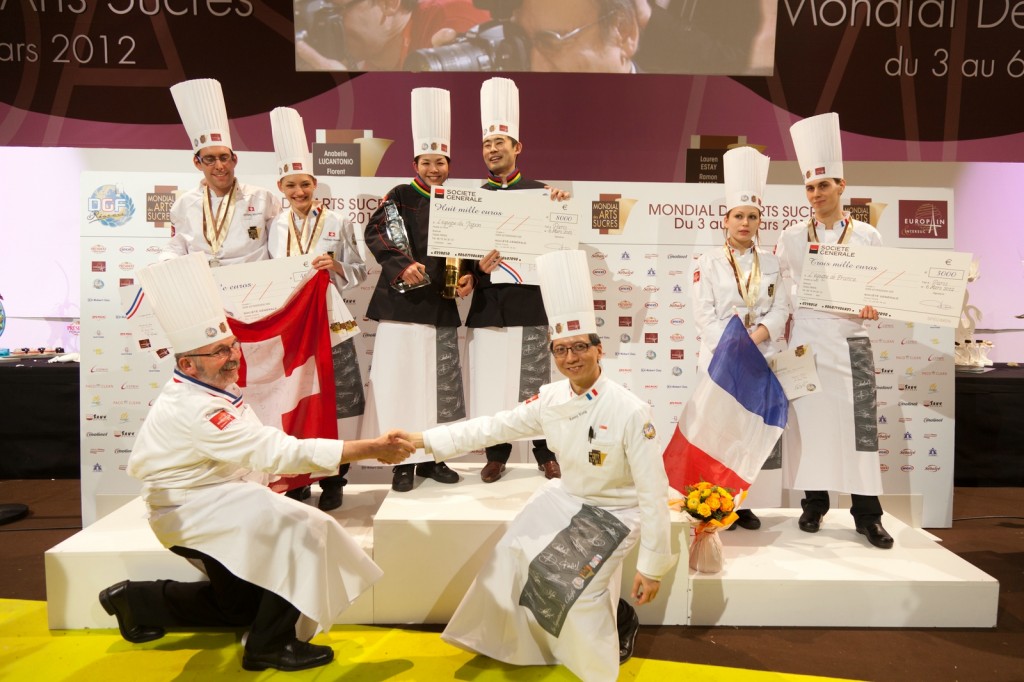 In the end, the first position in this contest organized by the firm of ingredients DGF went to the Japanese team, as it did in its latest edition. On this occasion, Reiko Imo and Masaki Okazaki’s efforts culminated in an overwhelming victory, scoring 2,637 points, far above the second and third positions. Switzerland could have snatched the second position to France after a short difference of 44 points only, and then vindicated Nadège Bonzon and Jérôme Bonzon’s savoir faire. 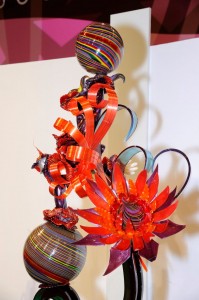 The spectacular caramel balls made by the Japanese team

In the memory of everyone in this year’s edition of MDAS will remain the spectacular caramel balls made by the Japanese team, using a completely new and innovative technique based on juxtaposing different-colored strips with a blown mass which reminded the beautiful crystal of Murano.

On the other hand, the other great contest at Europain, the Bakery World Cup, also went to the Japanese team, ahead of the USA and Taiwan, and left the European finalists out of the winners’ podium.

Europain closed its doors after five intense days which showed quite noteworthy participation figures (82,690 visitors and 770 exhibitors), although there is the general impression that its last years’ increasing tendency has somewhat slowed down. One of the trends which was best reflected by the newest ideas from the companies is the dissolution of borders between fast-service restaurants and traditional bakeries in the classic business model known as ‘brunch’.

Other significant events at the Parisian fair were the European qualifying competition for the Pastry World Cup –which classified the United Kingdom, Denmark and Portugal for the great final–, the French Schools Cup, and the French national selection for the Bocuse d’Or, whose winner was Thebaut Rugerri from Lenotre. Indeed, other characteristic elements at Europain were the Innovation and Collections Intersuc Trophies, which were awarded to a total of 26 different products. 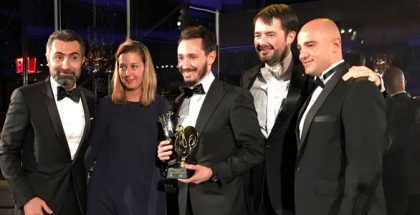 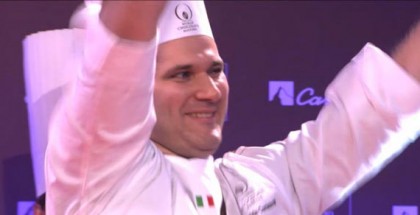