On May 7, the winners of the 2018 James Beard Awards were announced at the Lyric Opera of Chicago. Industry leaders from across the USA attended the ceremony, whose theme this year was “Rise” to celebrate the collective spirit of the culinary community and the power of food. Attendees and participants donned vibrant pins stating what they rise for, from equality to locally sourced food.

Awards were given in the Restaurant and Chef and Restaurant Design categories, as well as several special awards, including Humanitarian of the Year, awarded to the Spanish chef José Andrés. Among the highlights of the awards is the Oustanding Pastry Chef which was awarded to Dolester Miles (Highlands Bar & Grill, Birmingham, Alabama) and Outstanding Baker for Belinda Leong and Michel Suas (B. Patisserie, San Francisco). The complete list of winners can be found on their website.

Days before, the James Beard Media Award winners were given out and one of them was for one of our collaborators, Francisco Migoya for the book Modernist Bread, awarded in the books-restaurant and professional category. 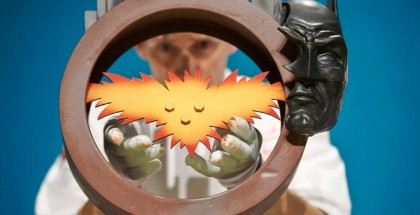