Like his compatriot Julius Cesar, in the Battle of Zela against Pharnaces II, we can say about Davide Comaschi that “he came, he saw, he conquered.” We do not want to imply that his justified victory was easy. On the contrary, it was anything but easy. The chef, representing Italy, had prepared to win, leaving nothing to chance. And this is not easy to do. It requires a lot of work and many sacrifices. But when someone does this, he can come, see and conquer with authority. The emperor Comaschi climbed onto the highest podium at the fifth World Chocolate Masters 2013, a spectacular competition, superbly organised, once again, by Cacao Barry, Callebaut and Carma in the setting of the Salon du Chocolat in Paris. 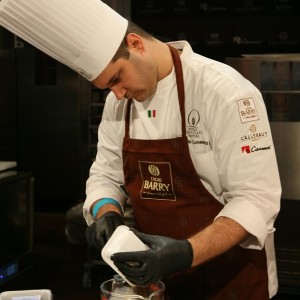 “Davide, did you believe you would be on the podium?”

“Are you satisfied with your work?”

After competing on the first day of the championships, and a few hours before the results were announced, we talked with Davide Comaschi, who is now savouring his triumph. He was certain of his victory, or at least knew that he would be one of the most likely victors. And he truly had reasons to be confident and optimistic. For he had worked harder than anyone else, was in control in every situation and had responded perfectly in each phase of the competition. His collection of timers, which he placed in his booth to control every process and every elaboration, astounded the judges and transmitted a fundamental idea – that he was not prepared to improvise for even one second.

Comaschi talked to us with pride about his majestic artistic piece in which he invested six months of work. For his creation, he counted on the support of a designer from a graphic design studio to develop a highly precise technique. Every step in his impressive spiral square staircase revolved around a central pyramid, without using any chocolate to secure the elements. The square form symbolizes perfection in some cultures, while the pyramid symbolizes power. Finally, sensuality, beauty and purity were brought to life in the form of a woman. This work of art obtained the Special Award for Best Showpiece in the competition.>

As for the flavours, there were few surprises and little risks. But he knew this. Comaschi knew exactly where he was, The World Chocolate Masters. Perhaps it seems obvious, but in this event, chocolate is the star. Therefore, his creations were full of chocolate, including an increased amount of cocoa, infused more thickly or into pasta shapes (cocoa mass). And combined with this, there were other conventional flavours like vanilla, coffee, mascarpone and citrus. Nothing new, but it was enough, “with the pastry, for example, the challenge was using a lot of chocolate, while at the same time making it taste cool to the palate,” commented the Italian chef.

Among the jurors could be found a variety of illustrious names, such as Angelo Musa, Iginio Masari, Norman Love, Sergio Herman, Jêrome d´Oliveira, John Kraus, Leonardo di Carlo, Daniel Álvarez… comments were made by several of them about the lack of contrast in the tasting of the winner, “there is no separation in the flavours, they are too flat.” But these are minor criticisms. In a competition like this you will not win with a “10” and a “5” but with two “8s”. In other words, it is about consistency. And above all, don’t make ridiculous mistakes. The work of Davide Comashi was textbook, from the manual of how you should compete.  And so he also won the Press award, whose jury contained the person who writes these lines! Congratulations Davide.

The Dutch candidate, Marike Van Beurden, who was very well liked,  found her inspiration in Nature. Faced with such a broadly-interpretable theme as The Architecture of Taste, Van Beurden focused on the world of the worker bees, the great constructors of their living space. As well as placing second, she took away the special awards for Best Pastry and Best Moulded Praline. She also announced her intention to return to try again in the future. 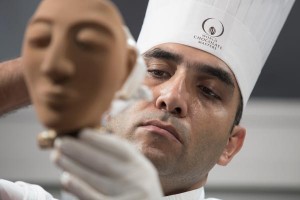 Realism and the faithful reproduction of everyday objects such as a utility knife, copper pots and bottles of wine in a presentation box, was the work of the third placed chef, the Australian, Deniz Karaca. The same knife but in a smaller version crowned his world-globe (as a new category in this year’s competition, the contestants receive the base of a sphere and have to complete it with chocolate elements), and won him the Special Award in this category. And after the Australian, the Japanese Akihiro Kakimoto and the British Ruth Hinks, completed the top five places in the rankings.

The Spanish representative, Hans Ovando, achieved two awards, the Best Dipped Praline and the Best Chocolate Dessert. In both creations, Ovando centered his interpretation of the theme on the egg. And it is a general established principle in physics that it is easier to break an egg from the inside-out than the other way around. Architects design bridges according to this rule. 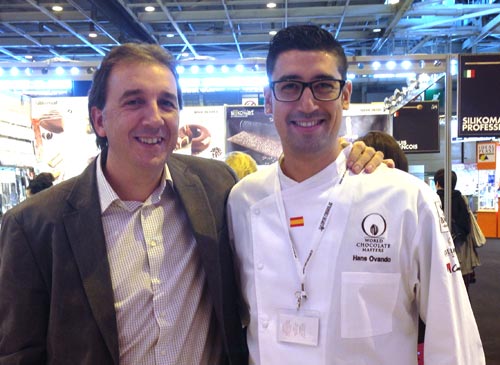 The three brands of the organizers, Cacao Barry, Callabaut and Carma wanted to go further this time and built a spectacular space of 1,700 square meters (450 square meters more than the previous year), wholly dedicated to the competition, with an impressive deployment of technical and audiovisual equipment. The competition could be followed live on the web and web visitors could also vote for their favourite artistic piece, which was won by the Mexican, Luis Robledo, with more than 22,000 registered votes.

Ultimately, The World Chocolate Masters ended its fifth year demonstrating through its strength and international appeal that is is the greatest competition in world chocolate. 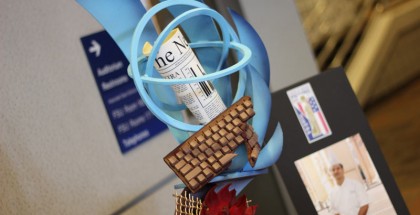 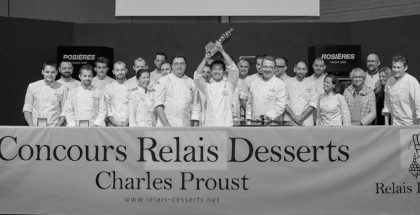