so good.. magazine > Pastry Blog & News > Pastry Competition > Creativity was at the forefront of C3 North American Finals
No Comments

Early on at the Valrhona C3 Chocolate Chef Competition North American Finals, it was obvious the six pastry chefs competing for the coveted award were in a league all their own. “The thought process behind the recipes is high,” said the emcee, Chef Keegan Gerhard of Denver’s D Bar. “There is definitely a high level of talent here.” (Gerhard knows of what he speaks as the technical advisor to gold-medal winning Team USA at the 2001 Pastry World Cup.) 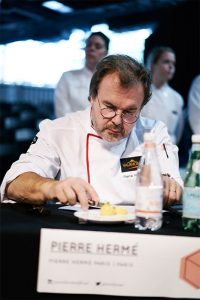 Pierre Hermé, among the members of the jury

But those elite chefs weren’t the only one passing judgment on the competitors’ petit fours based on Valrhona’s “WAINA 35%” and plated desserts based on “ORIADO 60%” (both chocolates are part of Valrhona’s Organic and Fairtrade Certified Range). A small panel of media judges, including So Good’s Lisa Shames as well as Tom Hemerka (Pastry Elite, Minneapolis) and Nick Muncy, (Toothache, San Francisco) got in on the judging—and tasting!—too. Giane Cavaliere (Volt Restaurant, Frederick, MD) won the press prize. Curtis Cameron (Acacia House by Chris Cosentino, St. Helena, CA), Christian Lai Chun (Pacific Institute of Culinary Arts, Vancouver) and Thao Nguyen (Grey Eagle Casino & Resort, Calgary) rounded out the group of competitors.

In the end, though, it was Pizarro’s unique ginger honeycomb petit four with a honey gastrique and her beautiful plated dessert that included lavender ice cream and a refreshing balsamic glaze to help balance the rich chocolate components that captured the judges’ hearts. 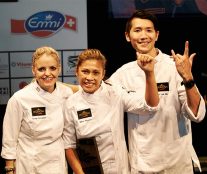 Pizarro with Hin and Cavaliere 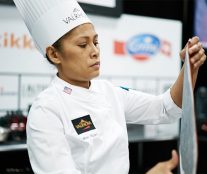 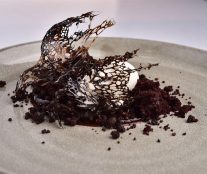 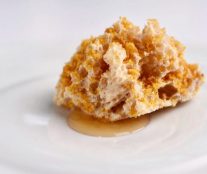 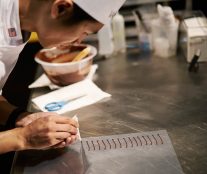 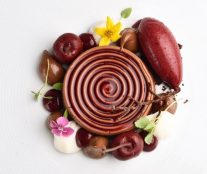 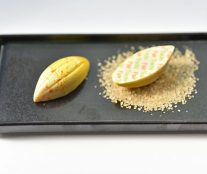 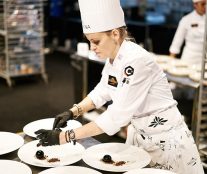 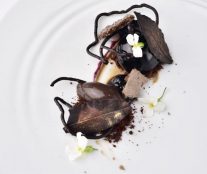 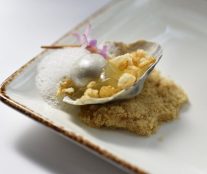 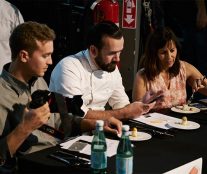 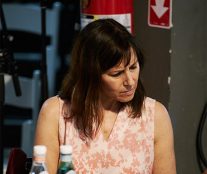 Lisa Shames, so good’s correspondant in the USA 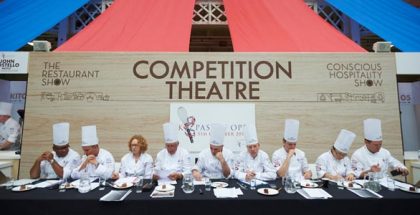 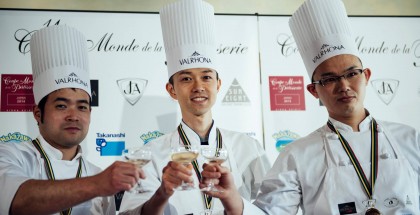