A year ago, Roberto Cortez left Los Angeles for Seattle. In this new city he has once again begun to promote his “gastronomic experiences”, which aim to encourage your imagination to fly and unleash your creativity. In this next phase of his culinary journey he has strengthened ties with the cream of local cuisine to design his first experimental meals for groups at the new site. This initiative is part of the area of work he calls CR8, through which he flirts with new ideas and experiences.

This American chef and pastry maestro has promoted the concept “UnNatural” for the dishes and desserts of his new project. With this concept, Cortez is referring to those things that deviate from the “ordinary” or “natural” but which surprise and inspire us. The fragrance from a bottle of Hermes shampoo made of eau of “unripe orange”, the Matrix film, the of death, impossible blown glass artistic pieces from the American Dale Chihuly, all provide the backdrop for his sweet and savoury dishes. These are all elements, which previously would not have attracted your attention nor would they have inspired beauty, but which nonetheless provide “an enigma for the senses”. 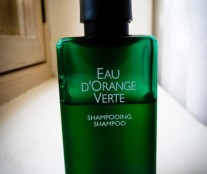 With the fragrance from a bottle of Hermes shampoo he creates a dessert called “Fleur d’Hermes”. It also contains a panna cotta of beetroot, yoghurt and mustard seeds, with the honey from Africanized bees (or killer bees). During the dégustacion, the diners pour eau of unripe orange from lillies. Another one of his creations is “Synthetic Chiuly”, a highly refined dessert consisting of cream of coconut, rooibos, flower petals, buttermilk and iced lemongrass sake. And the arrangement of these ingredients on the plate immitates the outline of some of the artistic pieces of Dale Chihuly.

Lamps are designed by Yuri Kinoshita, dining tables by Rob Hendrickson from One Works, interior design by Joy Rondello, as well as innovators in porcelain, Stefanie Hering and Hering Berlin, the futuristic cutlery of Andreas Fabian and Katja Bremkamp. They all contribute to a meal that is totally unreapatable. And to round it all off, the raw ingredients come from Tyler Gray from Mikuni Wild Harvest, so as to include the most unusual of all ingredients in every dish. 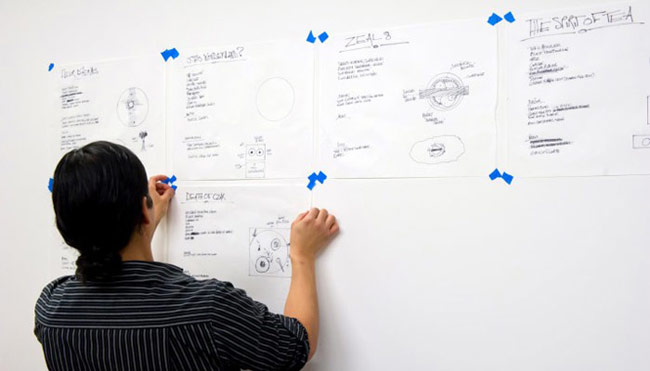 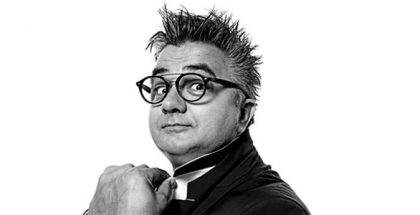 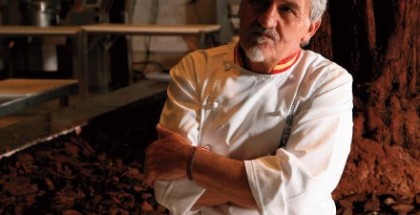