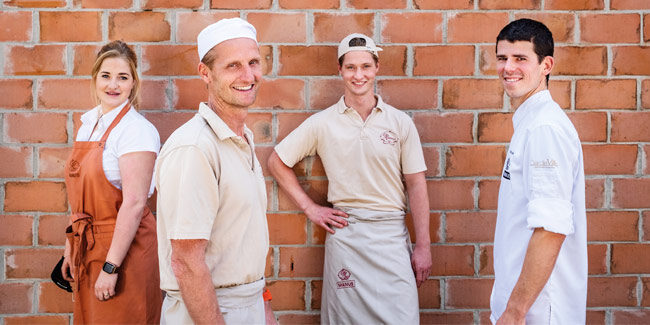 There are places with a special value in terms of pastry, for all that they breathe of authenticity, love for the craft and also popularity. This is the case of Patisserie Manus in Braaschaat (Antwerp, Belgium). Its brand has been growing and consolidating over the years and decades in what could be defined as an idyll with its own customers, who have fallen in love with its repertoire of bread, pastries and cakes, including its fantastic wedding cakes. This alliance has resulted in a continuous growth since its distant opening in 1993, a second store in Kapellen in 2003 and its upcoming third opening in Stabroek, all of them belonging to the Belgian region of Antwerp. Stabroek is the birthplace of Herman Janssens, the architect of Manus, who has led with constant enthusiasm a team of pastry chefs and other professionals that currently numbers 80 employees. He is joined by Tanguy Coelis, the pastry chef since 2013, as well as Max and Emelie Janssens, the second generation of the family, who joined the team four years ago. Bruno Van Vaerenbergh, Debic Culinary specialist, takes us inside this busy Belgian patisserie ensign at so good #27.

‘In Belgium pastry is overall quite classical and more traditional, but we try to do more of our own thing, to stand out a little more than the rest by renewing our pastries twice a year and, instead of following the crowd, we’d like to think of ourselves as a trendsetter.’

Manus Patisserie could simply be synonymous with good pastry making in Belgium, but it also imprints on everything it does a concern for innovation and developing creations with its own stamp. ‘In Belgium pastry is overall quite classical and more traditional,’ explains Tanguy Coeil, ‘but we try to do more of our own thing, to stand out a little more than the rest by renewing our pastries twice a year and, instead of following the crowd, we’d like to think of ourselves as a trendsetter.’ A good example of this personality are the ‘barista’ pastries and the rose they share with us below, which are the fruit of the brainstorming meetings they hold at least twice a year to renew their assortment.

The curious thing about this Belgian pastry firm is that the recent health crisis, far from having become a survival challenge, has turned out to be one of the most dynamic and prosperous stages of its trajectory. The desire of their customers not to lose human contact and to enjoy good products despite the confinement has led them to work as rarely before.

This is the main driving force behind the upcoming opening of the third Manus’ establishment in Stabroek, but also behind other recent innovations, such as the setting of a chocolate workshop in full view of the customer or continuing to improve and expand the facilities of the stores and already operating workshops.

The great enzyme revolution in pastry 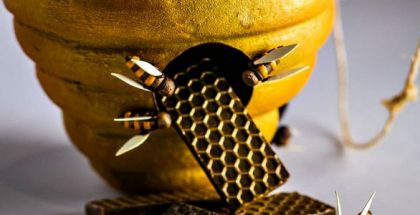 Elena Krasnova: “I really wanted to take my path and create something that... November 20, 2017 | Jaume Cot 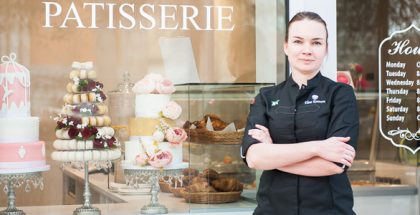