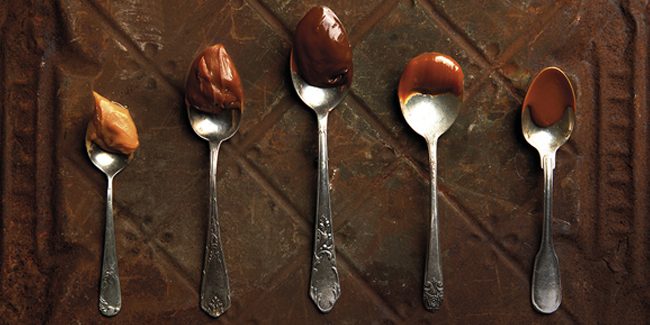 It is impossible to approach Argentinian pastry without taking into account the dulce de leche, an emblematic ingredient which is widely used in the country’s sweet creations. Luciano García, pastry chef and trainer at the OTT College in Buenos Aires, returned to our pages at Dulcypas #465 to pay tribute to this product by incorporating it into current, simple, and delectable creations.

“I felt obliged to recategorize the pastry made with this ingredient. Here (Argentina), in each piece of pastry with dulce de leche, this is usually the only flavor that dominates. There is a lack of balance and an excess of sugar. Furthermore, as the rest of the flavors are almost imperceptible, the quality of the raw material is not taken into account ”.

To demonstrate new paths, Luciano has released a book under the publisher Planeta. It is an ambitious cookbook, with traditional pieces and signature pastries, in which the dulce de leche is balanced and combined with flavors such as dark chocolate, citrus fruits, cheeses, or nuts. In his appearance in our Spanish magazine he showed five of these recipes, proposals that contribute to that commendable mission of his: building bridges between that Argentinian essence and the modern pastry that comes from Europe.

As this pastry chef explains to us, not all dulce de leches are the same, and to balance a recipe, one has to take into account which one is the most appropriate. There are two ways to classify them: according to the origin of the milk and according to how it is manufactured.

Types of dulce de leche, according to manufacturing

Its main characteristic is its brightness and lightness. A large percentage of Argentinians consume it spreading it on bread or toast and also in desserts where firmness or structure is not required: spread creams, in a glass, etc. “As a pastry chef, I choose the dulce de leche to make sauces since you can perceive less concentration of sugar and greater flavor of caramelized milk. I apply it, for example, in the fondant mixture to glaze the donuts. Thus I achieve good fluidity and avoid an excessive concentration of sugar ”.

For pastry or confectionery

It is more concentrated, opaque in appearance and density. It can take vegetable substances to increase its consistency. It is used mainly in the pastry and confectionery industry. It is the one used for doughs, millefeuille, cake fillings, and bases for ganaches… “If the dulce de leche is going to be baked, this is the one we must use, to avoid boiling and hardening later. I use it, for example, in the filling of the Argentinian cannolis, in the baked peach cake and in the filling of the chocolate millefeuille ”.

This dulce de leche is for industrial use, similar in appearance to the confectionery type, but with more color, shine, and flavor. “It allows adding flavor to an ice cream base without losing the balance of recipes, since it will be necessary to apply less than a traditional dulce de leche due to its addition of coloring and flavoring”.

It is widely used in the industry for alfajores fillings (alfajores is a very popular pastry treat in Argentina). It is a product with structure and density, characteristics that help prevent the displacement of the layers of an alfajor during the dipping or coating process. “It is very similar to the confectionery type.”

Types of dulce de leche, according to their origin

It is the most common. Its flavor varies according to the animals from which the milk comes and also by the ingredients with which it is made. The parameters to take into account are consistency, flavor, and sweetness. “The quality is determined by the milk used, the best being fresh milk from pasture animals, without pasteurization, pure, and with good handling and hygiene treatment. Within this type we can find producers that make organic dulce de leche”.

This milk has a high amount of protein, so as a result you get an enriched dulce de leche. It is difficult to differentiate it from some cattle. “It is much more delicate than goat, with a light tan color and light consistency.”

“This milk is the most similar to breast milk. The dulce obtained is very smooth and creamy, it has a characteristic flavor, a slight acidity that makes it less cloying ”. Since this milk contains a natural sweetness, the resulting sweet contains less added sugar. In addition, it is hypoallergenic, has antioxidant properties, and supports healthy cholesterol levels. Compared to other dulce de leches, it provides more vitamin A and is more digestible.

Chocolate bonbons mosaics by Luis Amado. The sky is the limit 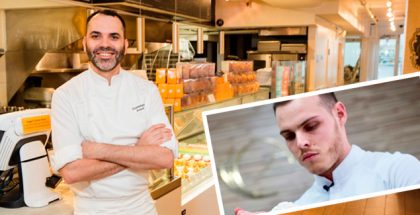 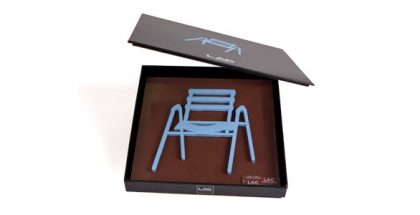