With the launching of Más, Mario Masiá reclaims the topping from its creative and artistic side as one of the clearest ways to add value to ice cream today

One of the keys for the evolution of ice cream making in recent years is its progressive opening towards other disciplines. Pastry, cuisine, techniques, and gastronomy technologies in general are resources that are always available to ice cream. Más was born fruit of this promising starting point and the experience of one of the best exponents of avant-garde ice cream making, a book that gathers all the knowledge of the master craftsman in the matter of toppings. Criteria, creativity, craftsmanship, tradition, and innovation are some adjectives that define the hundred creations that revolve around the fruitful combinations between ice cream and sorbets of the 2016 World Ice Cream Runner-up and the complements that can accompany them.

A great classic, the stracciatella

This first book by Mario Masiá is structured in four major chapters that highlight the synergies between topping and ice cream. The first focuses on the various techniques available in ice cream making to integrate solid chocolate into ice cream, from its crystallization by freezing, without having to resort to traditional tempering. The ultimate goal is to revisit the well-known contrast between the creaminess of ice cream and the crunchy dark chocolate of the stracciatella to create new proposals based on current techniques, introducing the possibilities offered by the new color and flavor couvertures and showing an original artisan version of the popular Comtessa, the ice cream par excellence of celebrations and social events.

Like in the stracciatella, this second chapter returns with a classic to show new adaptations. In this case, we start with the traditional fruit in syrup, such as the candied pumpkin of the tutti-frutti and the quince jelly as a classic process of cold gelling, to move towards the applications of gelling agents and contemporary freezing methods. New and old techniques that make up a wide and attractive range to incorporate fruit as an inclusion in ice cream.

Ice cream’s complement par excellence is also the subject of an extensive chapter. It reviews chocolate marbling, sauces, coulis and compotes, and egg yolk creams. Liquids with degrees of fluidity and very different densities, all easily customizable to adjust intensity of flavor and acidity. In addition to mixing the marbling with the ice cream to cause the typical marble effect, Masiá teaches other interesting applications of marbling in ice cream that are worked in silicone molds. It is, in fact, a new application of the marbling effect with surprising results.

The most numerous chunks

This chapter gathers the personal and professional background of Masiá’s long career to show more than a dozen solid complements with infinite possibilities in ice cream. Thus, countless ideas arise from well-known pastry fillings such as ganache and gianduja, from sauces as popular worldwide as toffee, caramelised nuts through different techniques, baked doughs such as sponge cake, among others.

Mario Masiá reveals the potential of toppings in Más

Modernist Bread arrives at Books for Chefs in Spanish and English 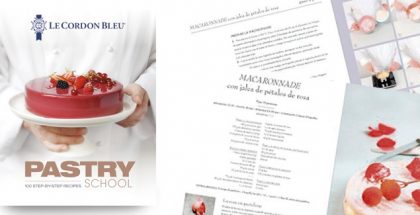 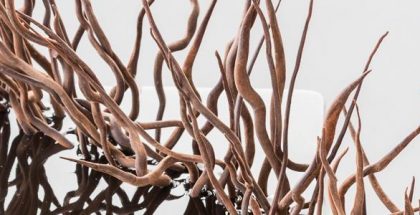