so good.. magazine > Pastry Blog & News > From chef to chef > Lisa Vega: “Making desserts with chocolates is like going to the farmers market”

Lisa Vega: “Making desserts with chocolates is like going to the farmers market” 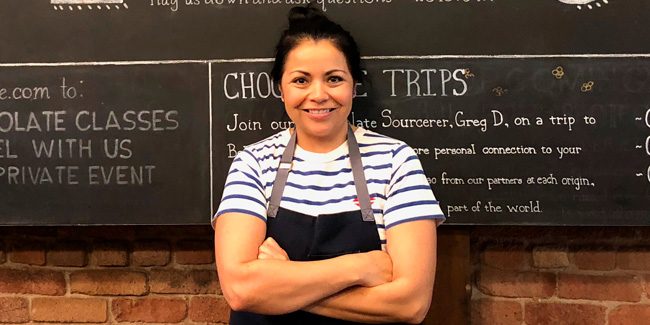 California is home to 40 million people, making it America’s most populated state, and on its own it is the seventh largest economy in the world. Like anywhere in the United States, it has a long history of immigrants arriving on its shores and creating a melting pot of cultural diversity. However, because of its strategic location on the Pacific Coast and border with Mexico, it has its own lifestyle that infuses its culture with the spirits of many lands.

Californians do things their own way, they always have. Take for example how two  buddies met at Sanford University near San Francisco and went from developing computer software to making fine chocolate! Founders Todd Masonis and Cameron Ring, inspired by Berkley’s Scharffen Berger Chocolate, decided to sell their software and open a chocolate shop. In true Silicon Valley style, they started making chocolate in their home garage and this is how Dandelion Chocolate in San Francisco, was created. 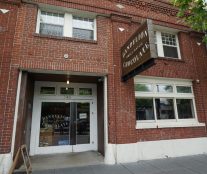 Dandelion Chocolate is a “Bean to Bar” small batch company. I had the chance to talk to Obeth Martinez, chocolate maker in charge of supervision, quality, and production, of the chocolate bar. He gave me a tour of the impressive facilities. They have different sources of cocoa beans from all over the world: Peru, Honduras, Dominican Republic, Belize, Sierra Leone, Colombia, Ecuador, India, Venezuela, Mexico, and Hawaii. Each cocoa bean is unique, depending on the part of the world that they come from they can be fruity, acidic, and sweet, among others.

The producer sends them the cocoa beans in batches of five kilos. The cocoa beans then go on a journey of careful examination to check on their quality. This is call the Brain Stage where with a guillotine they make blind tastings by cutting the beans in half to check on the monactivity and quality of the cocoa beans. The Brain Stage is the most important because of climate change and the natural disasters, the beans can change. Once they check the quality, they get approval to work with the communities that produce the cocoa beans and after fermentations and the drying process they buy three tons in the beginning. In a regular day they make 90 kilos of chocolate.

As the business grew, the two founders decided it was time to hire a pastry chef in order to create a bespoke line of pastry items with their chocolate, creating unique flavors and profiles with the different chocolates already under development. And, that’s how I met chef Lisa Vega.

Born and raised in Southern California in Los Angeles, Chef Vega comes from a third generation Mexican-American family and grew up in a traditional Latino Mexican home.

According to the chef, she grew up with a lot of tradition and one of her earlier memories was cooking in the kitchen by helping her grandmother and mother making tamales for Christmas. A true California story!

What sets us apart from the other producers is that we only use two ingredients when we make our chocolates: cane sugar and cocoa beans

How did you start your career as a Pastry Chef? 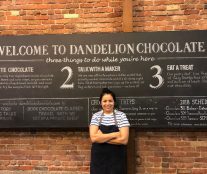 I went to the Culinary Institute of America in Greystone, St. Helena, got a degree in Being and Pastry Program and I started working at Bouchon. I started in the graveyard shift and I started baking bread, mixing, and shaping was my production sheet and made bread for two years. I love making bread. Later, I decided to go to Fine Dining to learn that part of the business. When I moved back to LA, I got a job at a restaurant called Craft. I was in charge of morning production, but I still had not worked or received too much plating experience so after that I went to work at a restaurant called Providence, a two-Michelin star restaurant, a fine dining experience.

What kind of desserts were served in this restaurant?

Many! It was kind of my first introduction to molecular gastronomy, not too intense but I learned a lot of those techniques working for chef Adrian Vazquez -this was ten years ago! That’s when I first fell in love with chocolates and working with chocolate, they had a 12-piece bonbon set. I made all the bonbons which I tempered manually, I would spend hours doing that, I still do now.

Its only two ingredients, the cocoa nibs and sugar, so the care and the thought of the process to make that chocolate taste the way it does takes a lot of effort that goes in to that because of the beans

How did you transition from working as a restaurant Pastry Chef to working for Dandelion Chocolate?

Actually, I was not looking for a job, but a friend of mine introduced me to Todd, CEO and founder of Dandelion Chocolate.

They didn’t have a pastry chef and he invited me to come take a tour and I had never seen chocolate being made. I fell in love with the authenticity, the care, the love, the respect for the product. Its only two ingredients, the cocoa nibs and sugar, so the care and the thought of the process to make that chocolate taste the way it does takes a lot of effort that goes in to that because of the beans. There’s nothing else to flavor the chocolate so the flavor really has to come from the roasting and the fermentation. I love the way the chocolate tastes!

The Bean to Bar movement was new to me as a restaurant pastry chef. I always worked with different chocolate companies like Valrhona, Callebaut, etc. Back then, I never payed attention to where it came from, I was more aware about the percentage of cocoa butter. 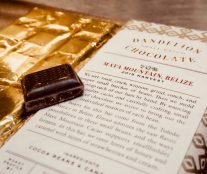 How many people work here?

We have a team of six, we have a very busy schedule. We are opening stores in Japan so I am traveling back and forth from San Francisco to Tokyo with my team. Thankfully, I have a Sub Chef who helps me run both kitchens, and she runs production. Also I have a morning person who helps me bake and deliver the morning pastries to the different locations. I work with an R&D chef, we carry out all the recipe development for Japan and here.

We are opening stores in Japan so I am traveling back and forth from San Francisco to Tokyo with my team.

So what you create here has to be made the same in Japan?

They wanted to keep it very authentic like we do in San Francisco. We have four locations in Japan and in every location the only thing that changes is the hot chocolate drink which they infuse with a local organic tea.

Can you please tell us about your approach when it comes to creating pastries for a Bean to Bar chocolate factory?

In the Valencia cafe where we are now, we like to call them treats. We make cookies, éclairs, we make pastries that are not too fast over right now, due to space and functionality, I like the chocolate to really stand out by itself. You have to be very creative, making desserts with chocolates is like going to the farmers market; you get to get to choose from all these different origins, you can mix them with peanut butter. I used the Ecuadorian chocolate to make salted caramel éclairs, due to its notes like nuts, coffee, and creaminess, really letting the chocolate speak for itself. It really made these éclairs exquisite!

Tell us about the Bean to Bar concept. Are there a lot of chocolatiers doing the same?

They call it the Craft Chocolate Movement, when Dandelion started in 2010 maybe there were a few handful back in the day but today there are as many as 200.
What sets us apart from the other producers is that we only use two ingredients when we make our chocolates: cane sugar and cocoa beans. There’s nothing added, we don’t work with milk chocolate, no lecithin, no cocoa butter, etc. Most of our bars are 70% but we do a 85% and a 60%. 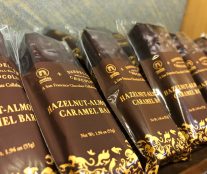 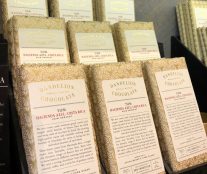 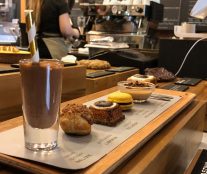 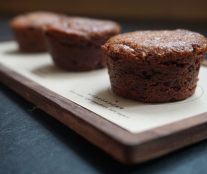 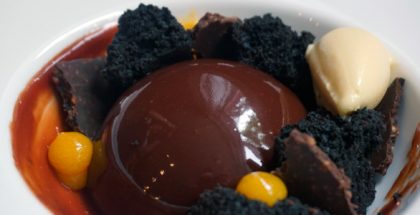 Kevin Pannier: “It’s challenging to serve a wide variety of pastries within a hotel’s cake shop”

Luis David Valderrama: “We are subjected to local availability of the product, so we have to be very creative” 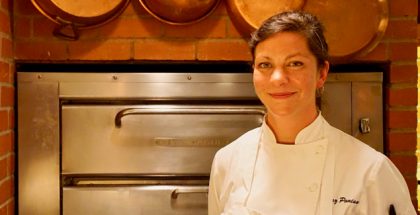 Carmen Rueda: ‘I have to explain to people that a dessert restaurant isn̵... September 27, 2022 | Santiago Corral 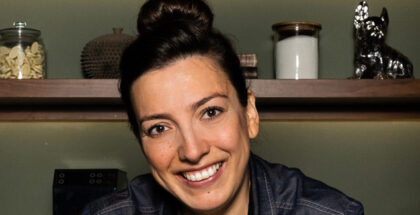