so good.. magazine > Pastry Blog & News > From chef to chef > Carrie Lewis: ‘In Chez Panisse, there is no ego, no competition’

Carrie Lewis: ‘In Chez Panisse, there is no ego, no competition’ 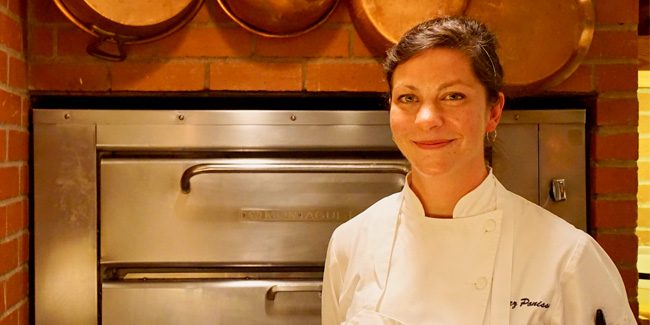 What is “California Cuisine?” The term “California Cuisine” was first used by food critics and magazine editors a few decades ago. Today, California Cuisine is an evolving never ending palate with a wide range of meanings and different approaches. California chefs often simultaneously imitate, adapt, simplify and unite components of several cuisines in one dish. Californians have tremendous appreciation for food artisans, farmers’ markets, and organic agriculture. It is true that health-conscious movement can be seen nationwide, but American’s largely believe it all started here in California, in the San Francisco suburb of Berkeley —at a restaurant called “Chez Panisse“.

In 1971, Alice Waters & Paul Aratow co-founded a French inspired bistro style restaurant in what was then a funky Northern California college town. This was before Google, Facebook, and all that followed, back when hippies, intellectuals and college students adopted the region. This is the ethos of how Chez Panisse was founded; the name of the bistro comes from Honore Panisse, a character in the 1930 film trilogy about waterfront life in Marseille.

In that era, Chez Panisse was the place to cultivate the atmosphere designed to be an intimate and comfortable setting, the restaurant uses the highest-quality local food products. This groundbreaking farm to table method continues today and has evolved into the now commercially viable local, organic and sustainable ethic of today. The menu continues to be dictated by what is fresh and in season.

Co-founder Alice Waters traveled to France as an undergraduate at UC Berkeley, where she majored in French Cultural Studies. She had a clear love for French food, but not for the fancy Parisian restaurants, instead she fell in love with the small, country restaurants of France that cooked whatever was fresh that day and created food based on what the market had to offer. Alice Waters is convinced that the best tasting food is organically and locally grown, and harvested in ways that are ecologically sound by people who are taking care of the land for future generations. The quest for such ingredients has always characterized Chez Panisse. For the past 45 years, the restaurant has invited diners to partake of the immediacy and excitement of vegetables fresh out of the garden, fruit right off the branch, and fish straight from the sea. They care about environmental harmony and delicious flavor.


“For the past 45 years, the restaurant has invited diners to partake of the immediacy and excitement of vegetables fresh out of the garden, fruit right off the branch, and fish straight from the sea. They care about environmental harmony and delicious flavor”

Originally from a small village in the American state of Oregon, the chef moved with her family and grew up mostly in Florida near the college town of Gainesville, far from the beaches of Miami and South Florida. While attending the University of Florida, she worked as a cashier at a local French bakery shop. “At the time, this was the only place where they were making real French pastries, laminated doughs, breads, and European style cakes. I was always fascinated in what was happening in the pastry shop. The owner had studied abroad in France and fell in love with the culture and cuisine— so when she came back to the United States she wanted to open a bakery like the ones she experienced in France. She was very successful in her business, and she offered me a job as a bread baker. We made different types of all natural loaves , I worked for her for three years, and in the end I learned about the importance of having a mentor. I wanted to go to culinary school so I decided to move to California”, she explains.

Shortly after, she enrolled in the Baking and Pastry program from The California Culinary Academy in San Francisco, where she learned a little bit more about the scientific background of pastry and what was happening on a chemical level which gave her a deeper understanding of the baking process because “as I was learning, I could only change one variable at a time; maybe I change the temperature or the time, it was just shooting in the dark and really didn’t understand what was making things work..but after Culinary School I more fully understood the chemistry of the situation so all of a sudden, I could troubleshoot a problem without having to picking out the variables. I had a deep of understanding that I was missing before, and also the repetition of practice, to have the time and the ability and the ingredients to just become familiar with them”

Before joining Chez Panisse, Lewis worked part-time in restaurants in Berkeley during the mornings and attended Culinary School in the evening, so it was good training. When she graduated from culinary school, a shop offered her a position as the pastry chef, a shop which was well-known for their pies, where she had a staff of five and learned about catering, large scale events, managing, ordering, etc.

How did you start working for Chez Panisse?

I was rejected once, and It was awful! I couldn’t scoop a quenelle and I did not get the job, it showed my lack of experience they wanted someone performed at a higher level, so I thought the world was over. But, I kept in touch with the chefs, and six months later they were hiring for a entry level position, so I came back and auditioned for the job. I began as a Pastry Assistant!

How did your first meeting with Alice Waters go?

She gives a personal tour of the restaurant when she meets her new employees. Some of the questions she asked were: what sort of food did you grow up eating? Did you eat at the table with your family? Have you traveled? What other languages do you speak? She is really looking to see what are your roots are, how you came up in the food world, and what your food experiences are.

How close do you work with chef Waters? Does she get involved when it comes to creating a new item for the restaurant?

When she is in town, she is very involved. We like to come up with different options. We have two seatings; Lunch and Dinner. Lunch is served upstairs in the Cafe— a more casual environment and then for dinner it is more upscale. The desserts on each menu are very different and they change every day!

We like to mix it up of course; always something representing chocolate, a baked cake and a fresh fruit bowl —that’s one of Alice’s favorites!


The desserts on each menu are very different and they change every day! We like to mix it up of course; always something representing chocolate, a baked cake and a fresh fruit bowl —that’s one of Alice’s favorites!

How long have you been the pastry chef of Chez Panisse?

I have been working here for the past ten years. Chez Panisse is a great place to be —they take care of their employees. I have the most awesome team and co-chefs, it’s really hard to find a kitchen with a staff that is so dedicated to making the best they can, just because it’s passion, there is no ego, no competition. It is amazing teamwork. 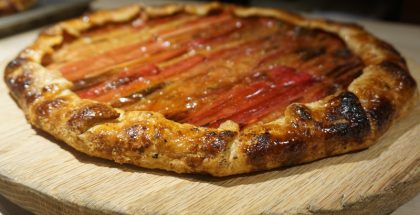 Susanna Yoon: “When creating chocolates, we let our humor come through in the form of our favorite childhood sweets and images”

Eunji Lee: ‘I want to be a good leader, not just a good pastry chef’

Adrien Bozzolo: “My team helps me to push my own limits every day at Mandarin ... February 15, 2021 | Santiago Corral 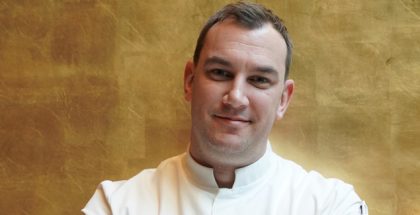 Susan Notter: “You have to realize who you are coaching, you want to push and ... November 30, 2020 | Santiago Corral 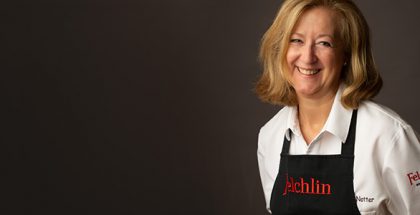