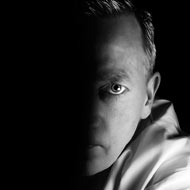 Martin Chiffers is one of the most respected British pastry chefs in his country. He is a coach to competitors in major competitions and a consultant to big companies, well-known for his ability to develop great teams for luxury hotels throughout the world. His fascination for the Far East has taken him recently into the Japanese market, with the opening of Chiffers shop and the commercialisation of his products on a large scale.

I have worked with teams of up to 80 pastry chefs and it is simply not possible to change anything in one day.