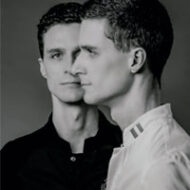 At just 19 years old, Manuel Bouillet began his professional career in Paris, forging his own personality after passing through such emblematic establishments as Fauchon and Un Dimanche à Paris. However, France would fall short and some time later he would travel to Chicago to join Cacao Barry’s Chocolate Academy team. It would be his last stop before moving definitively to the Asian continent, where he has worked as Executive Pastry Chef at l’Arôme Institut Culinarie Français (Shanghai) and has ended up setting up his own workshop and consulting service in Taipei, alongside his twin brother, Alexis Bouillet.

“Alexis and I had amazing experiences in our young careers that made us grow, but there is a moment when your vision is stronger than anything. It is now time for us to achieve this new goal”